This is a tutorial that is part of a series and can be used as a standalone tutorial on how to control access to the API. For more details on the scenario and general prerequisites, please see the scenario overview page.

ColTrain has a separate API to manage schedules for their internal staff. This API needs to have more elevated permission levels to access than their public API. All the employees in the ColTrain company have access to the end-user application where they can view the train schedule details using this API. All the staff in the ColTrain should be able to check the available schedules whereas only the staff with admin privileges can add, edit or remove the existing schedule. Any other registered or public user should not be able to view this API since it is there for internal tasks. Coltrain wants to have a clear separation on who can view and access their APIs. They have identified that it would be a cumbersome task If they are to implement this from scratch to their backend APIs directly. Since now they are using an API Management platform, they wanted to move all these authentication and authorization tasks out of their internal APIs. This would be beneficial for their internal teams because they only have to pay attention to their APIs business logic only.

We could configure the API to be visible for a set of users. For example, this API should be visible for only Developer Portal users with coltrain_employee role only. 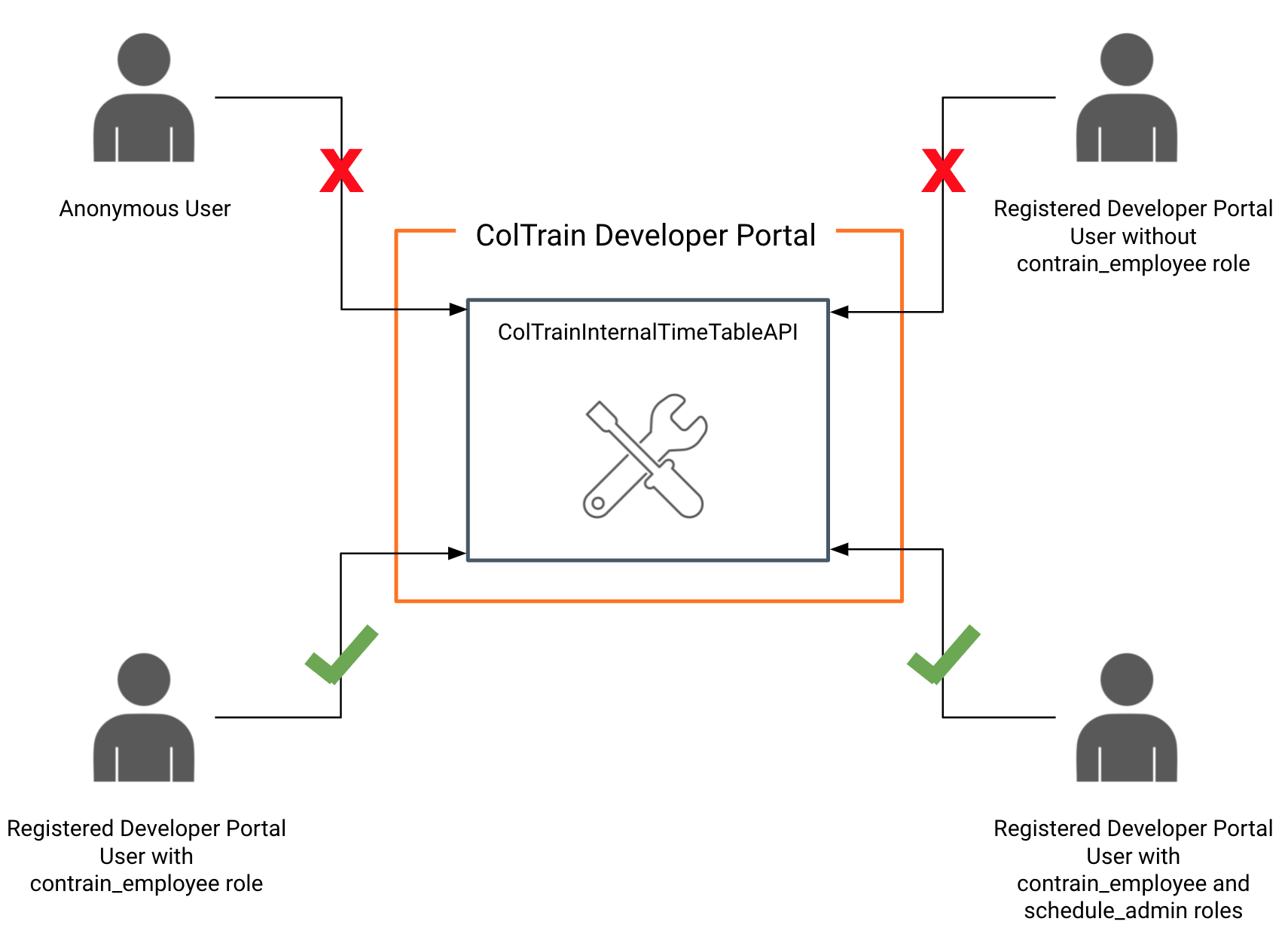 Also WSO2 API Manager provides capability to provide access control to the resources of the API by using OAuth2 scopes. Requests containing access tokens with the correct scope will be able to access these resources. 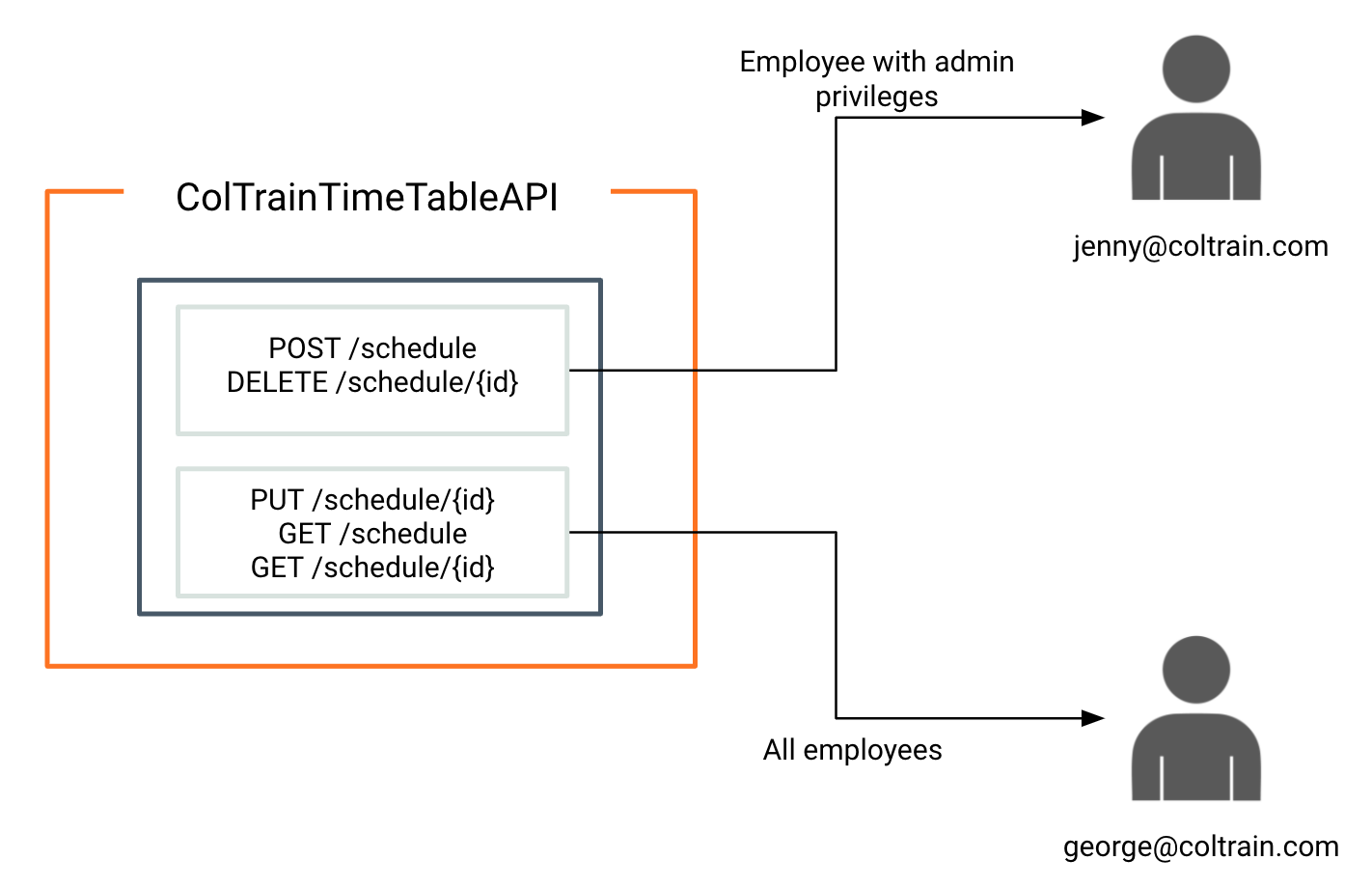 Lets create a separate API named ColTrainInternalTimeTableAPI for this and set the visibility of that API based on roles.

Next task is to set the access control for the resources. To do that, follow these steps.

Now go to the Developer Portal and go to the ColTrain’s domain. You would not be able to not see the ColTrainInternalTimeTableAPI api.

Lets login using jenny@coltrain.com. Use user123 as the password. Now you should be able to see the API.

Jenny has coltrain_employee role and as a result she can view the API.

Step 3: Try out the API¶

Now lets try out the API.

Since the POST /schedule resource is protected using scope schedule_admin scope, lets create access tokens with this scope using the previously generated clientid and secret. Use the following commands.

If you check the responses of the above two requests, you would see that for the first response, there will be a scope schedule_admin in the response payload.

You would see that you could access the resource using jenny@coltrain.com user’s token and you would get an error message for george’s token.

You could tryout the same commands using the Postman collection provided in the resources/Access_Control_Demo.postman_collection.json location as well. You need to add the client_id and client_secret under the variable section to use this.

Try out the next scenario in the series, Implementing an API.