Prototyped APIs (Pre-Released APIs) give publishers the ability to make an API available in the Developer Portal while indicating that it still is a work in progress. Subscribers can try out these APIs and provide feedback for improvements. Additionally, Pre-Released APIs provide mocking capabilities that enables receiving direct responses from the gateway even without a backend. 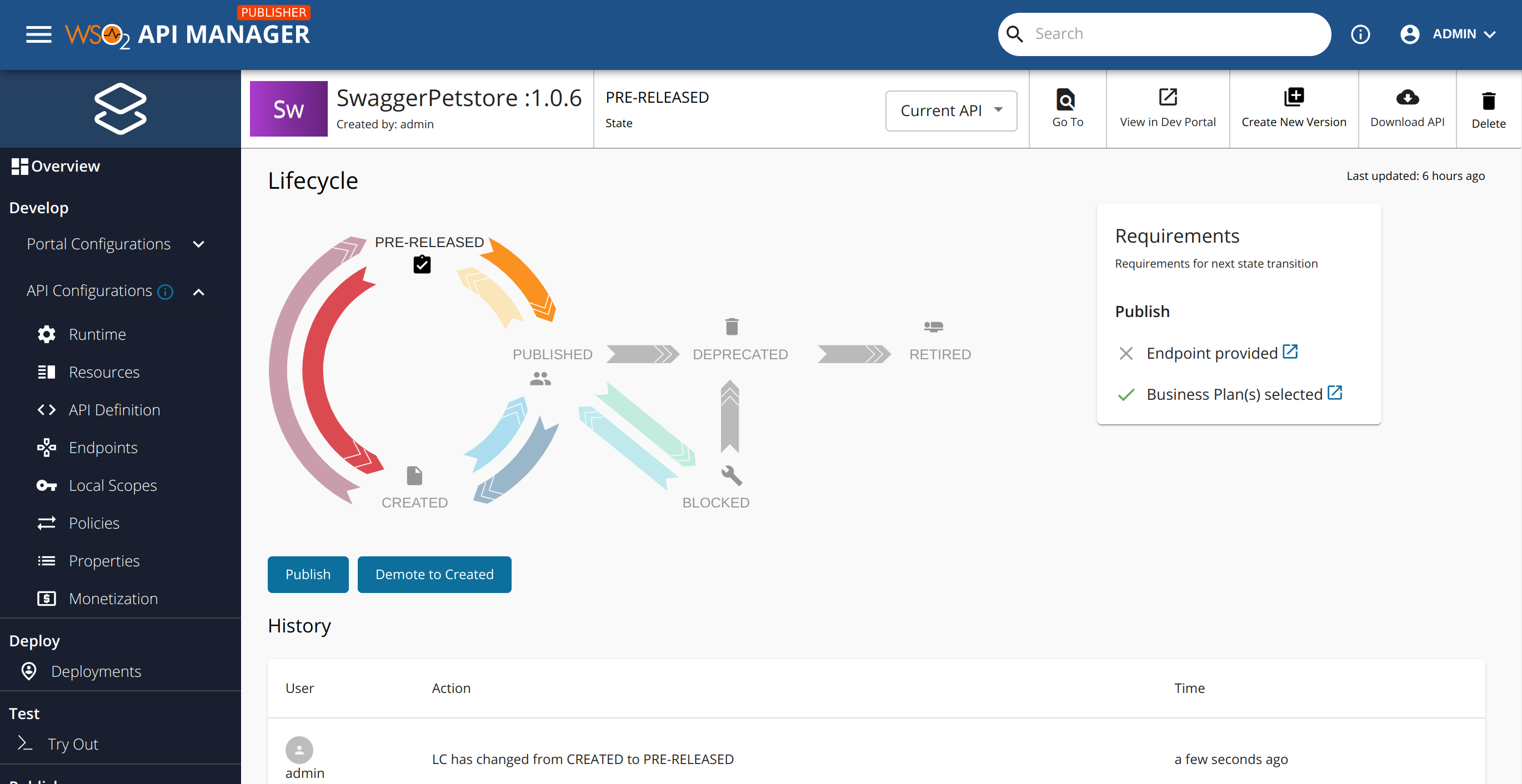 In the Developer Portal, these APIs will be the labelled as PRE-RELEASED and therefore can be clearly identified. 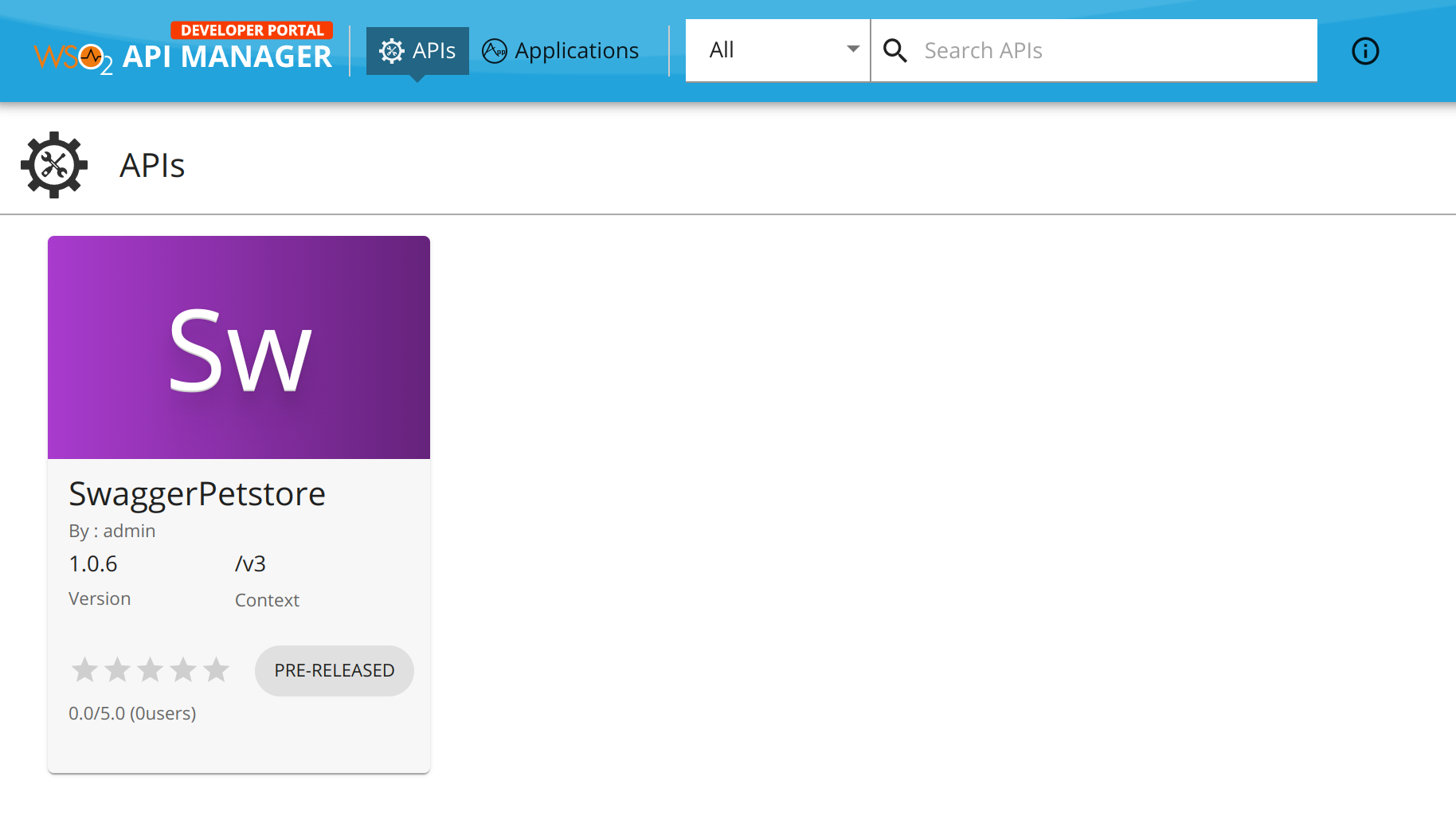 For more information on prototyping an API, see the following links.