WSO2 API Manager provides the capability to publish APIs that are deployed in an external gateway. Since these APIs are not deployed in the WSO2 API gateway, the API will not be proxied through the gateway.

In previous versions of API Manager, third-party APIs were available when importing APIs from AWS API Gateway and when publishing through external developer portals.

An API cannot be converted to a third-party API when there are active deployments. 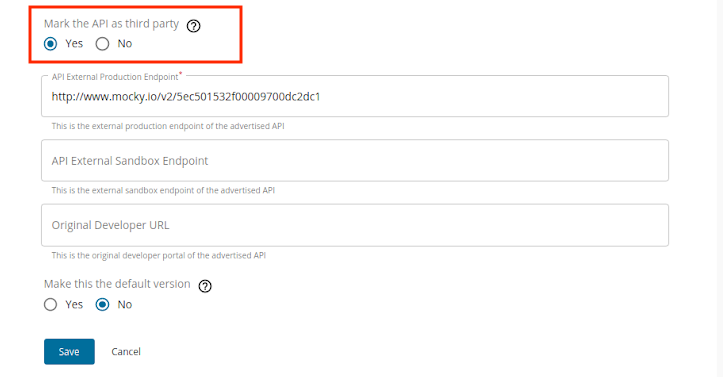 The APIs created using the ‘Other’ option cannot be converted to a regular API. It can be only used as a third-party API. 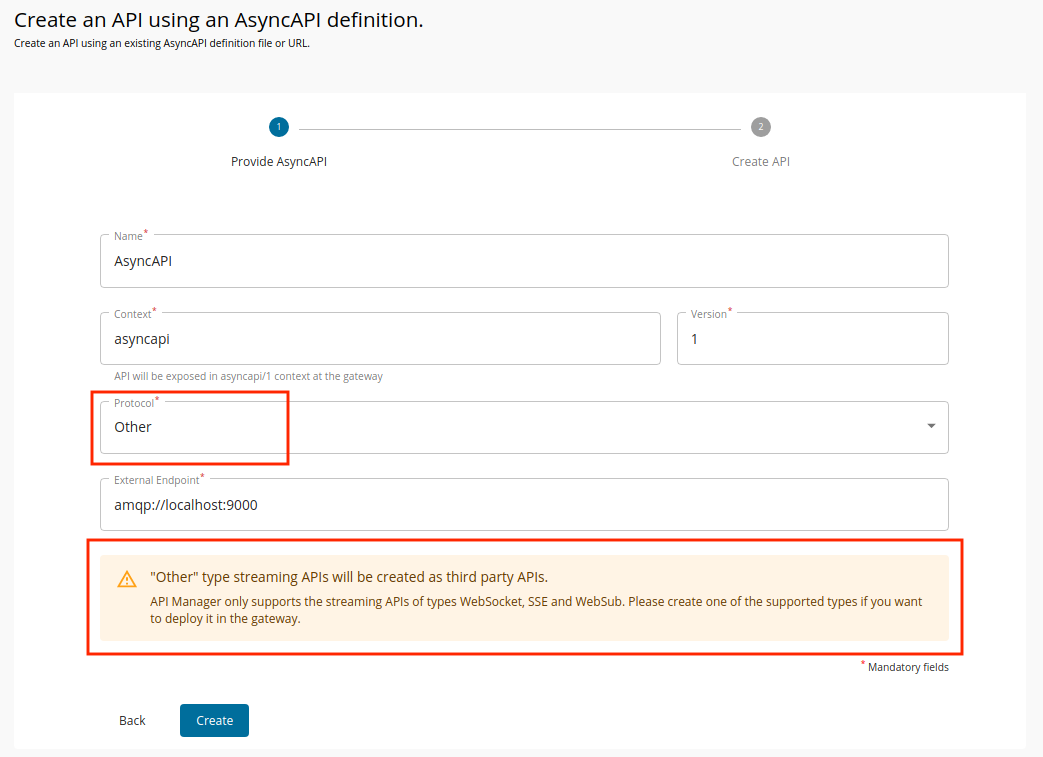 Listed below are the fields available when adding third-party API details to the API Manager.

You can see an indicator added to the API thumbnail in the API Publisher Portal to distinguish whether an API is from a third-party, as shown below.

You can use the new default property thirdParty to search for APIs that are from a third-party.