Listed below are the different profiles available in WSO2 API Manager.

When you run the API-M server as separate profiles, databases are used as shown below.

Listed below are the five components in the API-M server. When you run the recommended API-M profiles, the components (from the below list) that are required for operating the functionalities related to each profile are used.

The following diagram depicts how the Control Plane and Gateway profiles communicate in a distributed deployment setup, and also the database connections of each node. To learn how to configure this deployment, refer configuring a distributed API-M deployment. 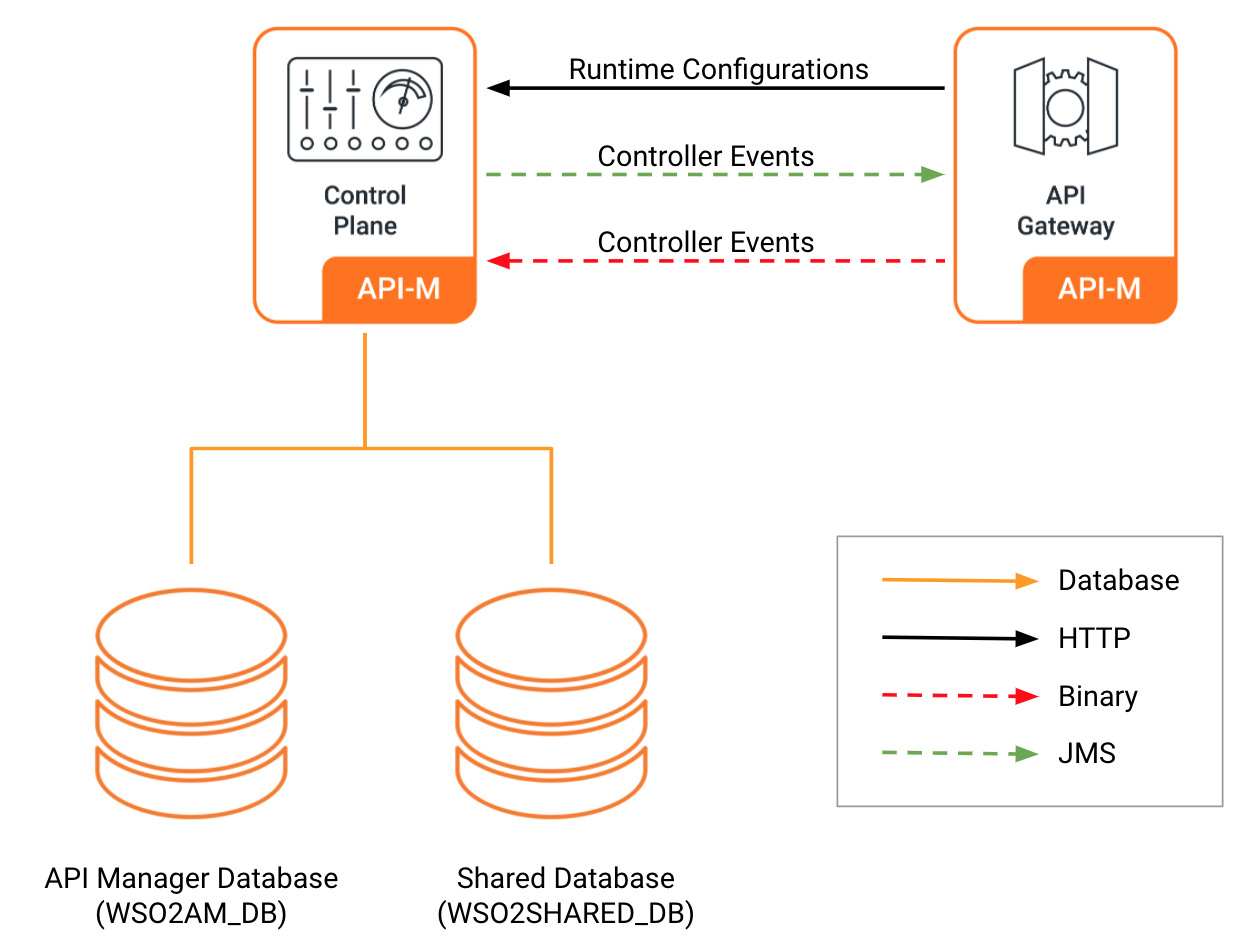 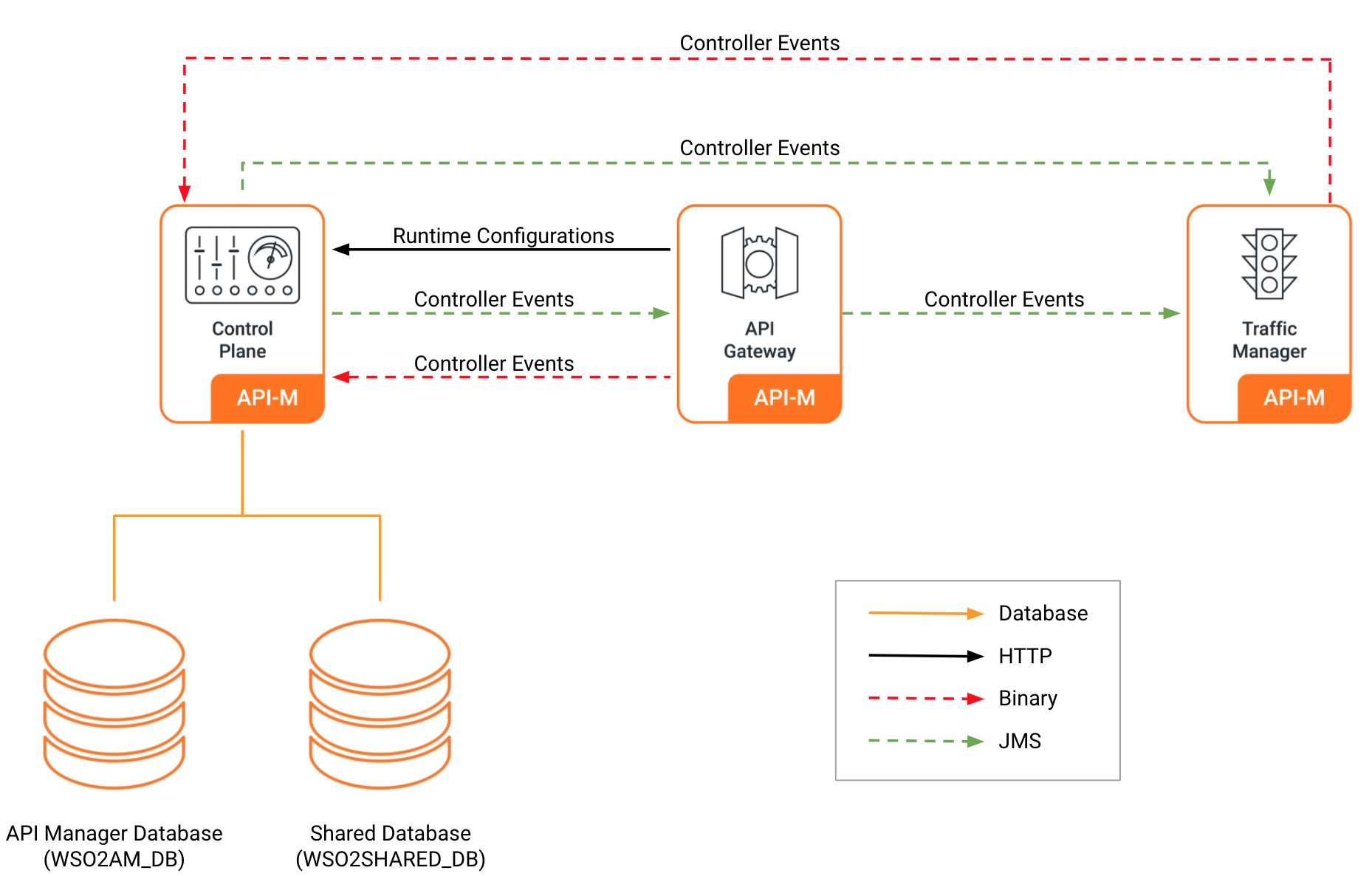