The performance of WSO2 API Manager was measured using the following APIs, which invoke a simple “Netty HTTP Echo Service.” As the name suggests, the Netty service echoes back any request posted to the service.

Tests were done using 100, 200, 300, 1000, and 2000 concurrent users. Concurrent Users mean that it consists of multiple users accessing the API Gateway at the same time. Different Message Sizes (Payloads) were used for the tests with different back-end service delays. The message sizes used are 50B, 1KiB, 10KiB, and 100KiB. The back-end delay was 0ms. Two key performance metrics were used to measure the performance of each test. 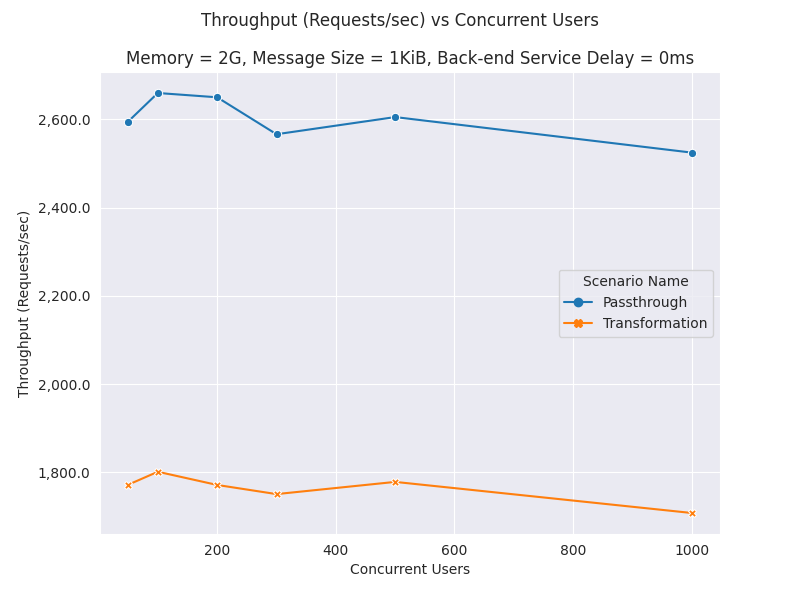 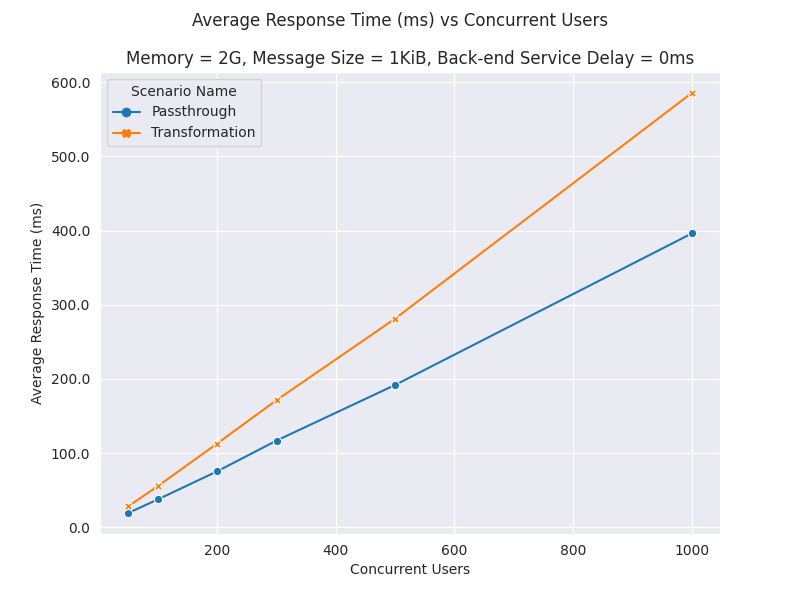 The figure below represents the percentile values for Echo API (PassThrough Scenario). 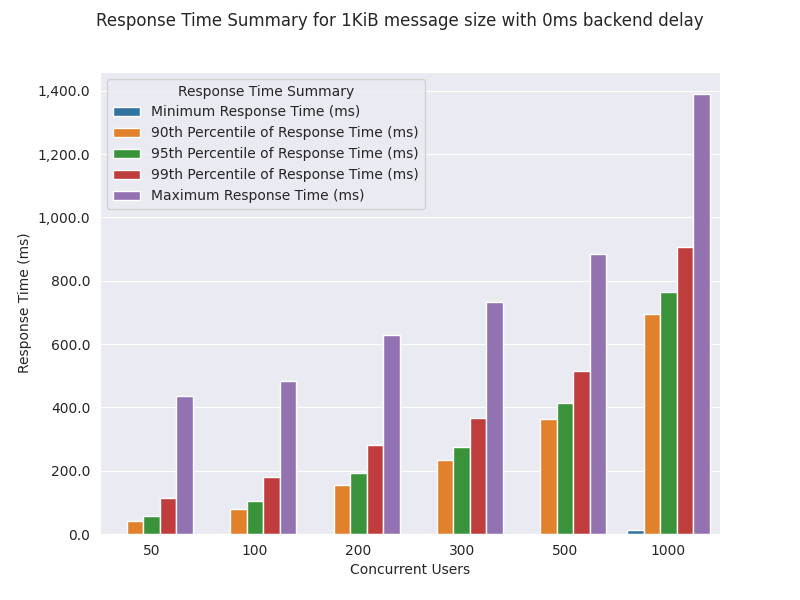 In addition, the GC log for each performance test was analyzed using the GCViewer. The GC Throughput was calculated for each test to check whether GC operations are not impacting the performance of the server. The GC Throughput is the time percentage of the application, which was not busy with GC operations. For example, if the application ran for 10 minutes and 30 seconds were taken for GC operations, the GC Throughput is 1-301060100=95%. A GC Throughput over 90% is good, and that means the allocated heap was enough to handle all concurrent requests, which allocate objects in the memory. On the contrary, if the GC throughput is a lower value, it indicates that the allocated memory is not enough for API Manager to function efficiently.

The following chart depicts the GC Throughput (%) based on the number of concurrent users for the PassThrough scenario (Echo API) for different payload sizes. 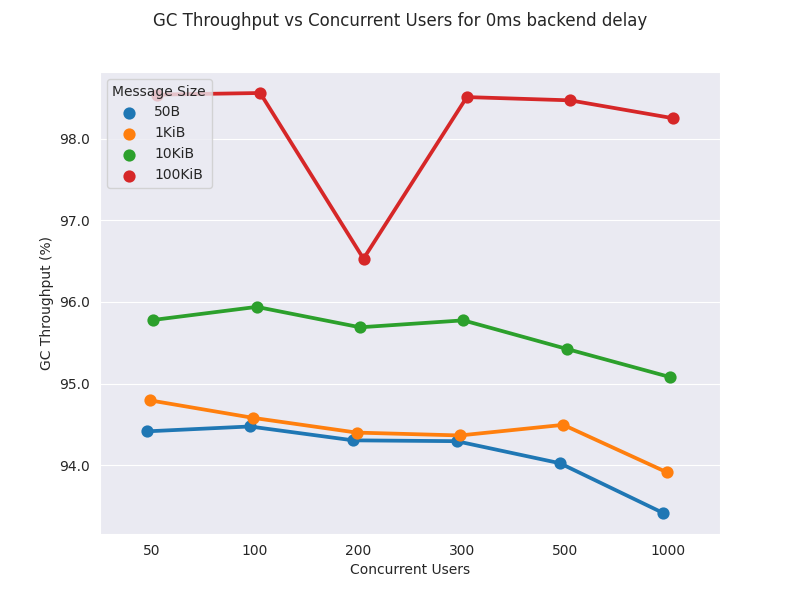 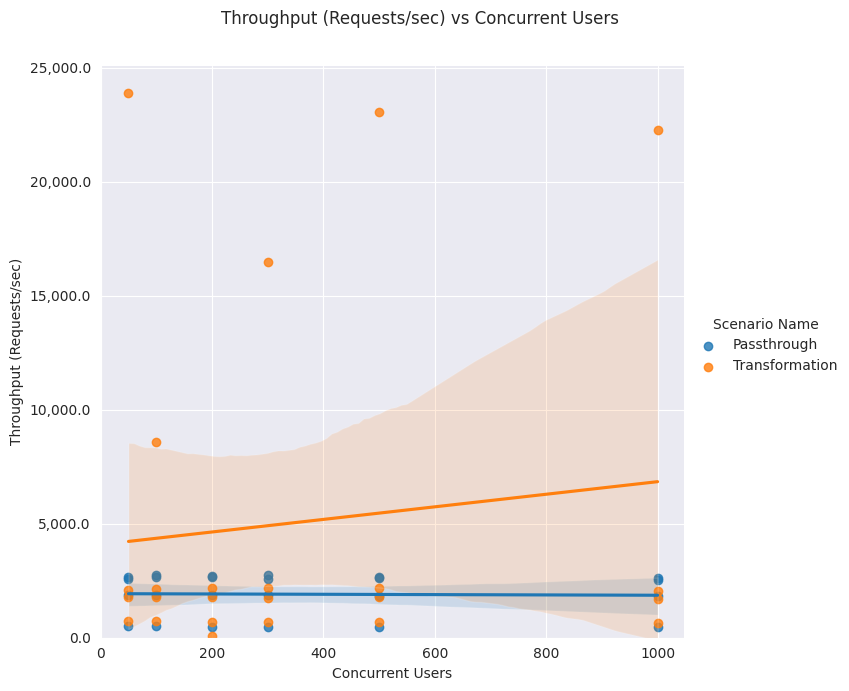 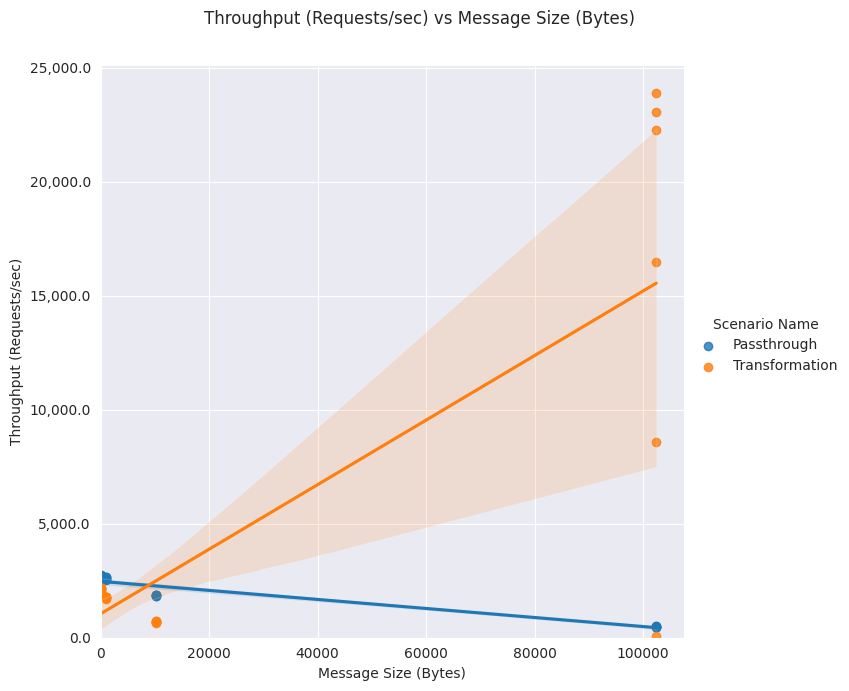 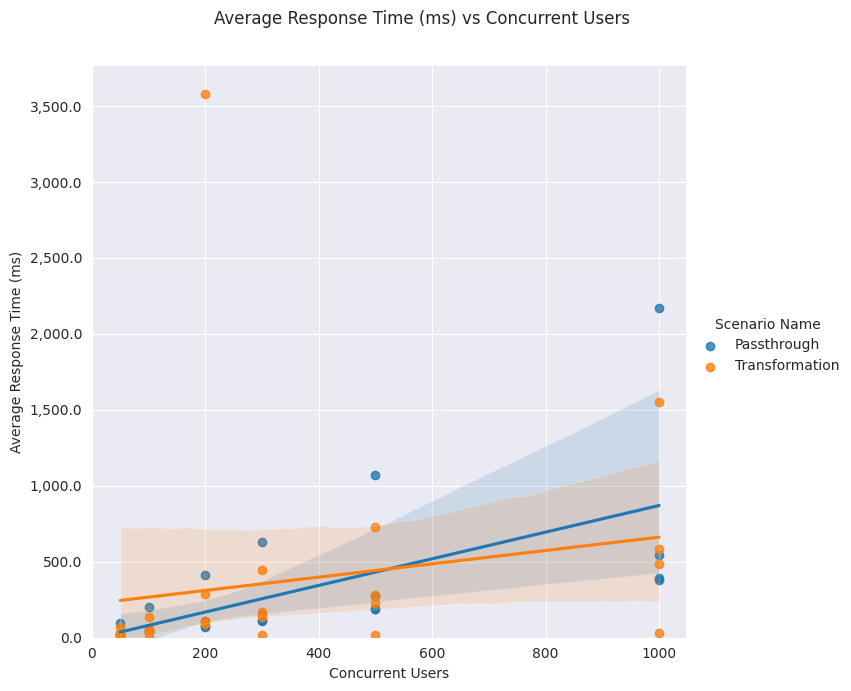 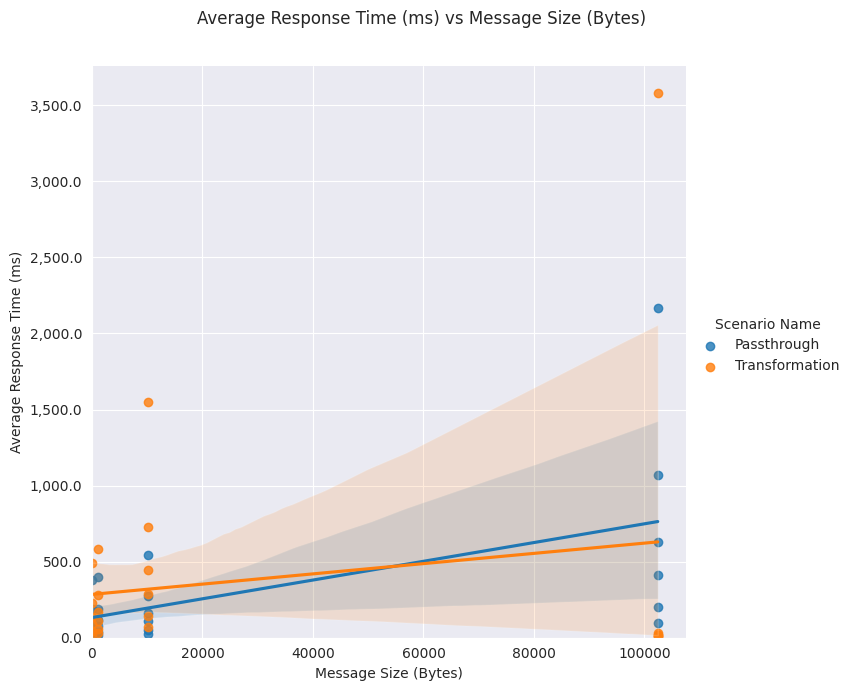