When to Use Integration Connectors¶

A connector is a collection or a set of operations that can be used in an integration flow to access a specific service or a functionality. This can be a third-party HTTP API, remote SOAP service, a legacy system with a proprietary protocol, or even a local library function. 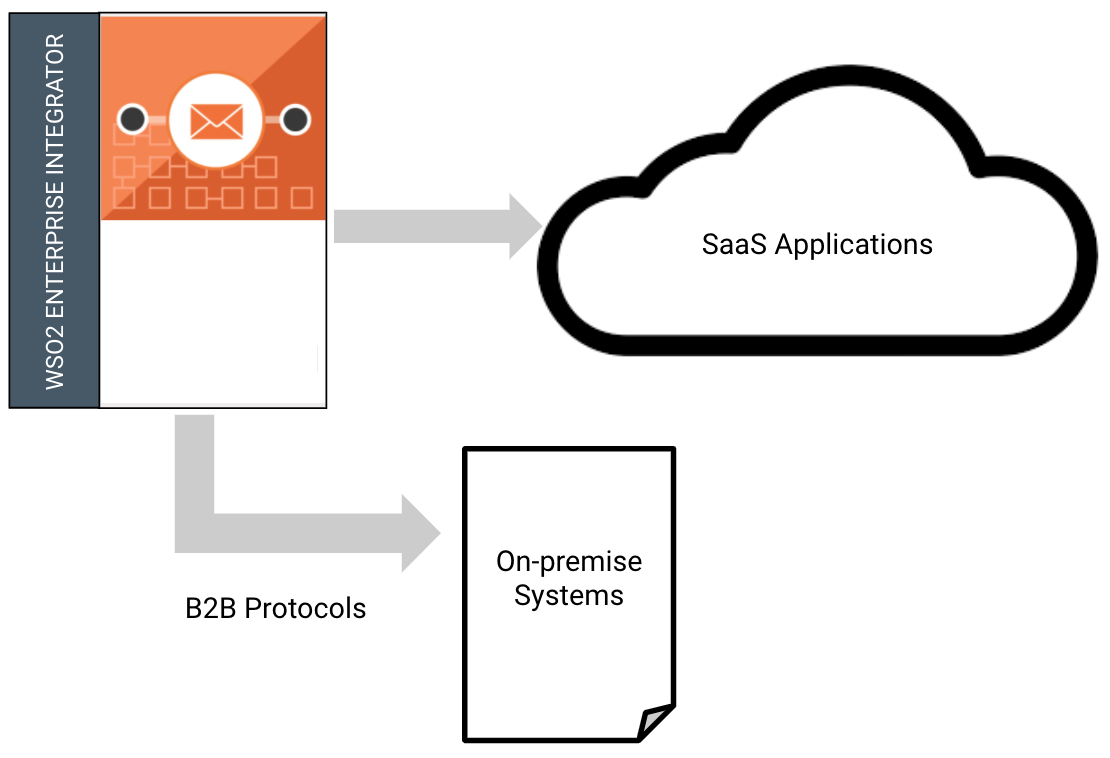 Why and when connectors are useful¶ 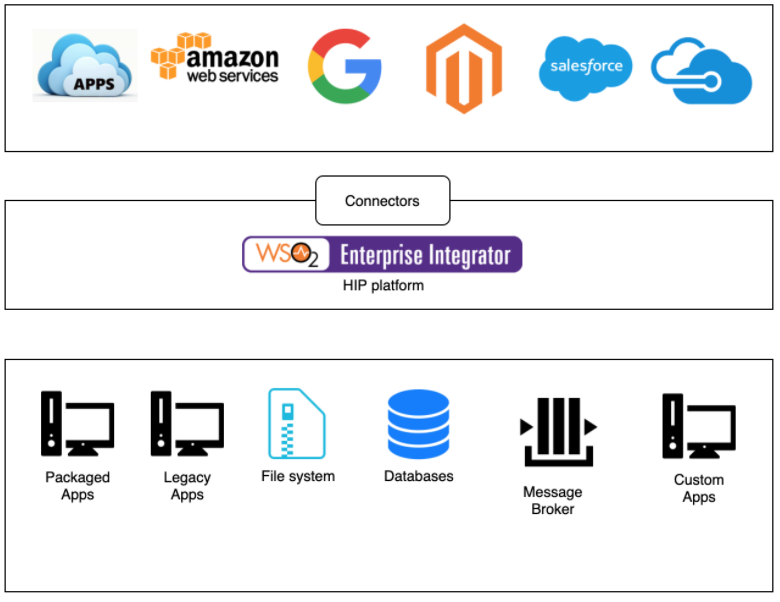 Developing a connector is the solution here. The other teams can use the operations exposed by it in the way they need. Connectors are like libraries for the mediation engine. Connector project can be versioned and maintained. When integration logic is compiled into a deployable artifact, relevant versions can be imported. 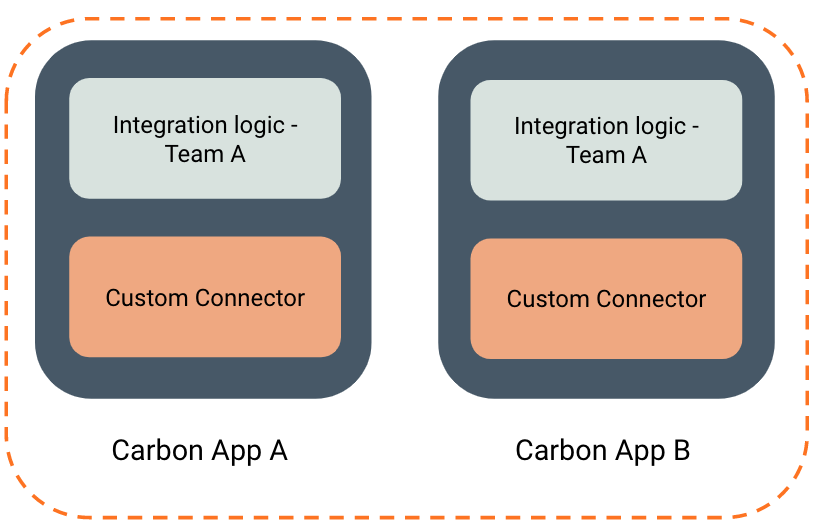 CAppA and CAppB are developed by two different teams and contain different integration logic. However, underneath they share the same connector.

The WSO2 integration runtime is shipped with a set of inbound and outbound transports and with the support to integrate with popular protocols (i.e HTTP, JMS, AMQP, SMTP). However, there are instances where it needs to support custom protocols and custom logic that are not supported by the runtime by default. In such instances, writing a connector is one of the extension points available. Developers can plug and play connectors.

This brings the capability of fulfilling legacy modernization requirements. Brownfield integration is a major part of that. As enterprises are interested in accelerating their digital transformation, they tend to integrate new technologies with legacy technologies rather than waiting until all legacy technologies are transformed to new ones. 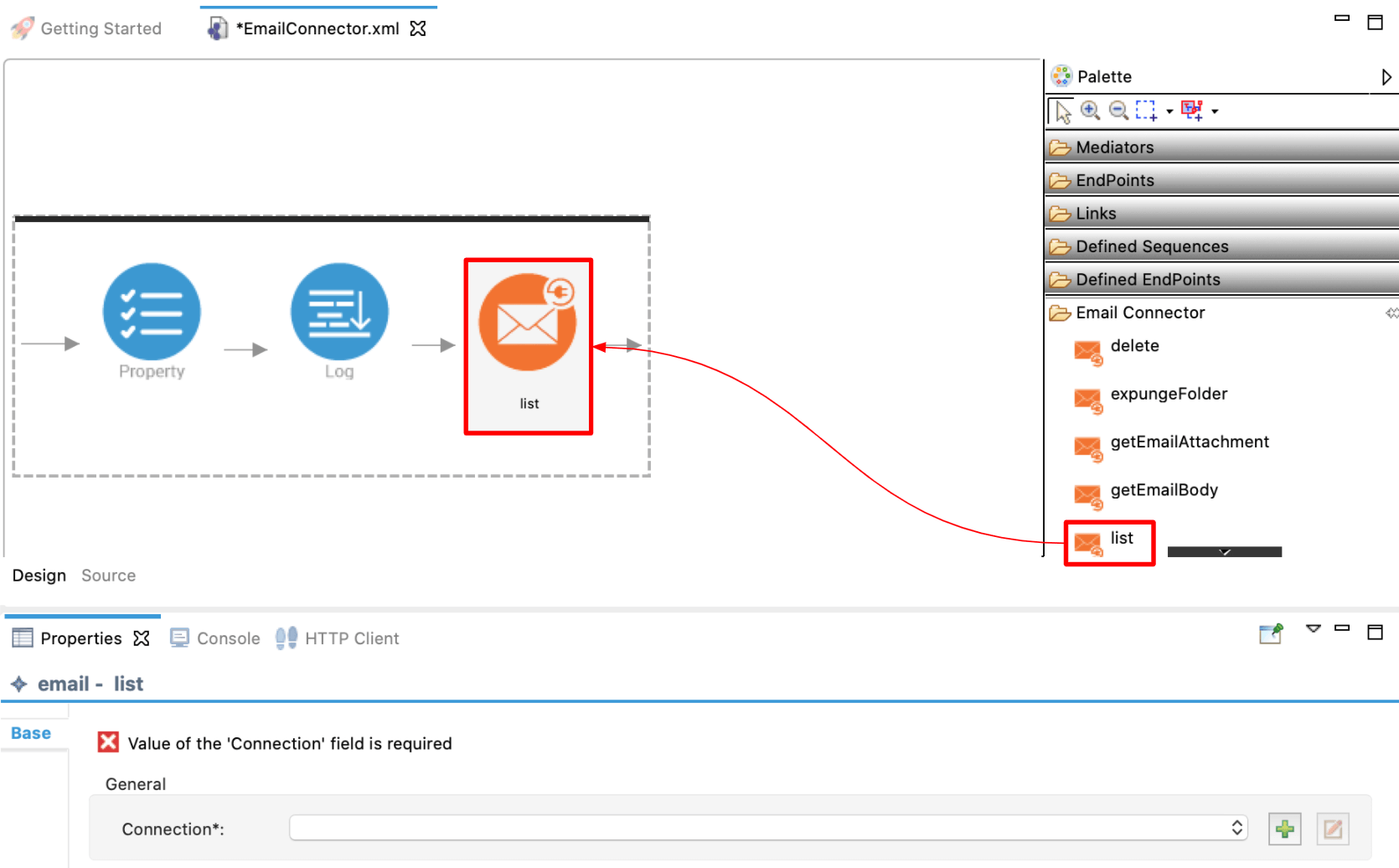 Operations of the WSO2 connector that you import are listed on the right-side panel. Developers can drag and drop connector operations to construct the integration logic. Input parameters to the operations can be provided as static values or expressions using the properties panel that appears when the connector operation is clicked.