Kafka mainly operates based on a topic model. A topic is a category or feed name to which records get published. Topics in Kafka are always multi-subscriber.

To see the Kafka Connector, navigate to the connector store and search for "Kafka". 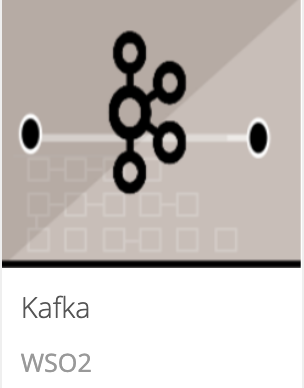 For older versions, see the details in the connector store.

Follow the topics given below to get started with the Kafka connector.

The following topics are specific to connector version 3.1.0 and later version:

The following topic is specific to connector version 3.0.0 and earlier versions:

As an open source project, WSO2 extensions welcome contributions from the community.

To contribute to the code for this connector, create a pull request in one of the following repositories.

Check the issue tracker for open issues that interest you. We look forward to receiving your contributions.