Import an API from the AWS API Gateway to WSO2 API Manager by executing the following command.

The API project will be initialized in the same location where the command was executed from.

The aws init command will be using the AWS CLI in the background to get a list of all the APIs from the AWS API gateway. It will then look for the ID of the API name provided by the user when the aws init command was executed, to download the OAS of that API. After making the necessary adjustments to the APIs version, tags, endpoints etc, an API project will be initialized and the downloaded OAS will be deleted.

Upon successful initialization of the project, execute the following command to import that API project to the WSO2 API-M Publisher portal as an API.

After successfully importing the API, it will appear in the publisher as shown below. 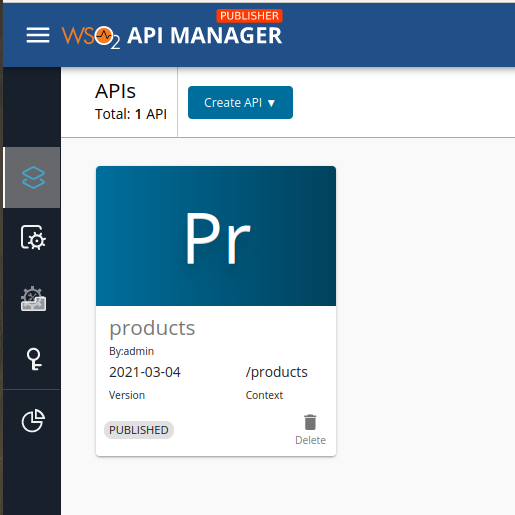 To publish the API, go to Lifecycle under Publish and click on Publish. 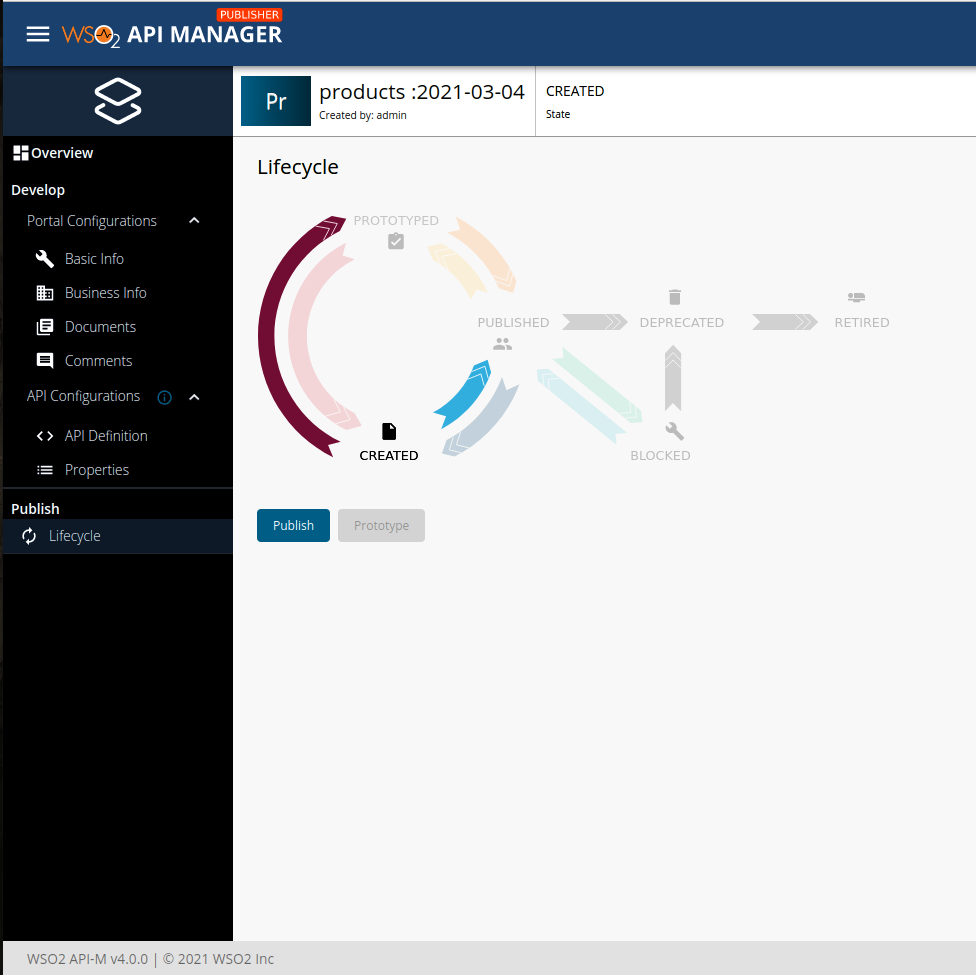 To learn more about importing an API project refer to import-api-project.

The initial state of the API will be set to CREATED so the user will be able to make changes to the API if necessary in the publisher portal, before publishing the API on the developer portal.

If any errors are being printed and if the problem is not clear, execute the aws init command with the --verbose flag to get a more detailed output.

Unable to find an API with the name <api-name>¶

After making sure the user has provided the correct API name and that the API is in the AWS API gateway if the problem persists, it is possible that the user has disabled AWS CLI pagination which will cause the AWS CLI to output only a limited number of APIs. In such cases, the API the user is looking for might not be in the APIs list provided by the AWS CLI. Enable AWS CLI pagination and try again. Refer here.

One of the most common errors related to this command is the exit status 255. This is a AWS CLI error code and it means the AWS CLI command failed and that there were errors generated by the AWS CLI or by the AWS service to which the request was sent. The most common reason for this is due to a incorrect stage-name provided.

Make sure you provide the correct stage name and the spellings are correct. It is also important to remember the name and stage are case sensitive.

This is also an AWS CLI error which is caused when making too many requests for a given operation. To avoid getting this error try granting programmatic access to that specific user or create a new IAM user. Refer how to create an IAM user with programmatic access.