Test for SSE API was done by using an SSE back end which emitted events in different frequencies. The error rate with concurrent users and the CPU and memory percentage consumed was recorded at that time.

The following graph depicts the Error %, CPU % and Memory % variation in the server during the time in which the request was processed.

Test for WebSub API was done for varying number of subscribers and measuring the associated error, CPU and Memory % consumed.

The following graph depicts the variation of Error, CPU and Memory % with concurrent users. 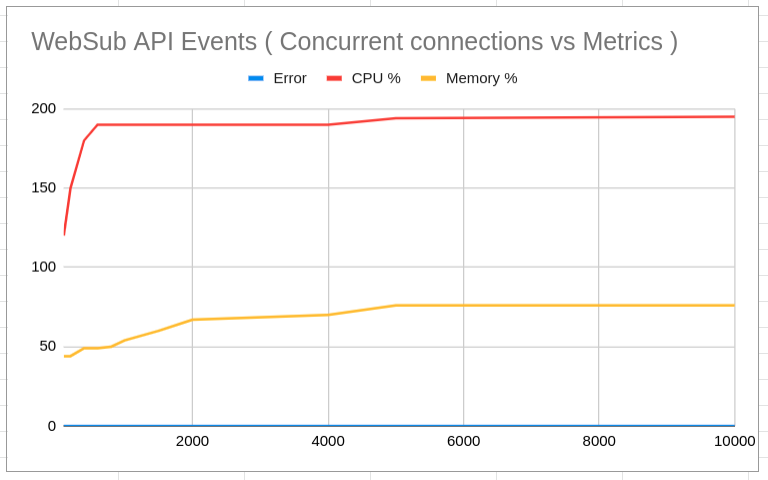 10,000 concurrent users mean a lot, and it is not very common. It is recommended to scale horizontally or vertically to support more concurrent users with acceptable response times. When scaling horizontally, two or more Gateway nodes need to be used with a load balancer. Another load test must be carried out to measure the performance after scaling.

Test for WebSocket API was done using a WebSocket server, which sends back the reversed message received from the client. The ramp up period, error rate, concurrent connections, and CPU and memory usages were recorded during that time.

The following graph depicts the ramp up period with error rate. 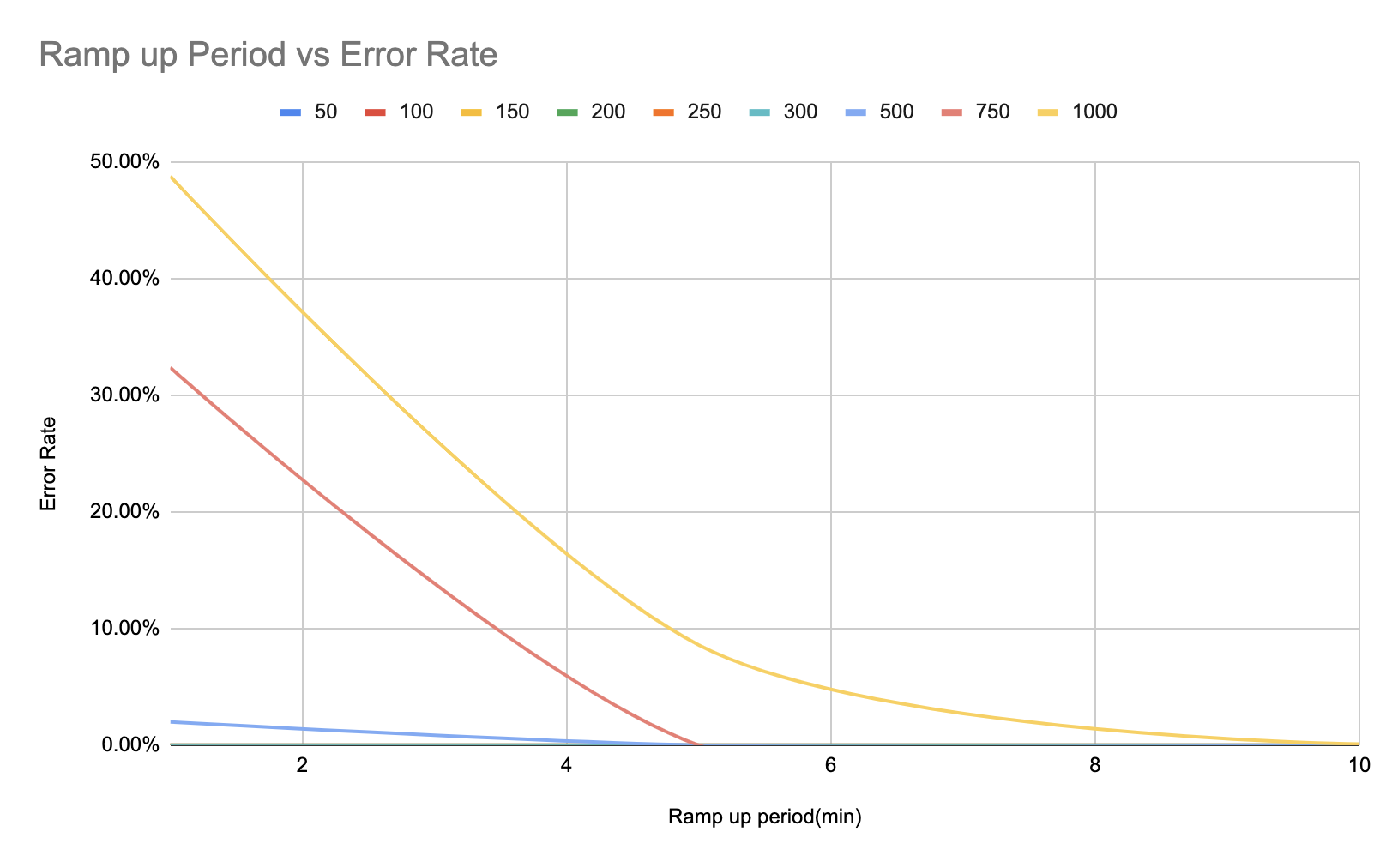 The following table shows the number of concurrent connections with error rate. A 500 bytes string payload was used as the message. Size of the payload was reduced when non-zero error rates were observed without any failed connections.

The following graphs depict the variation of CPU and Memory % with concurrent connections. 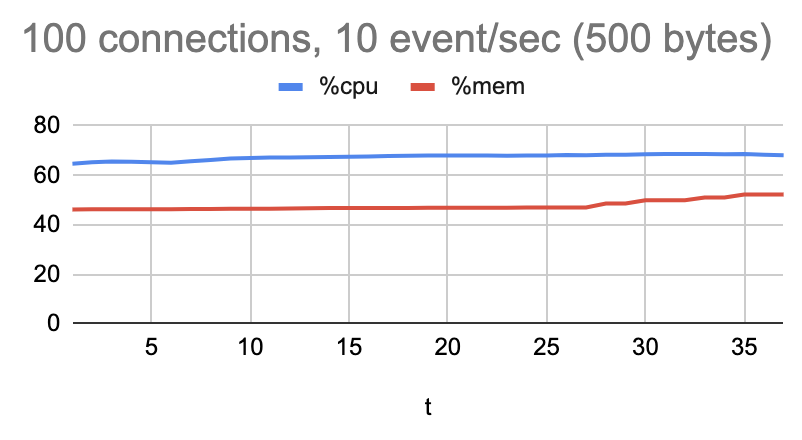 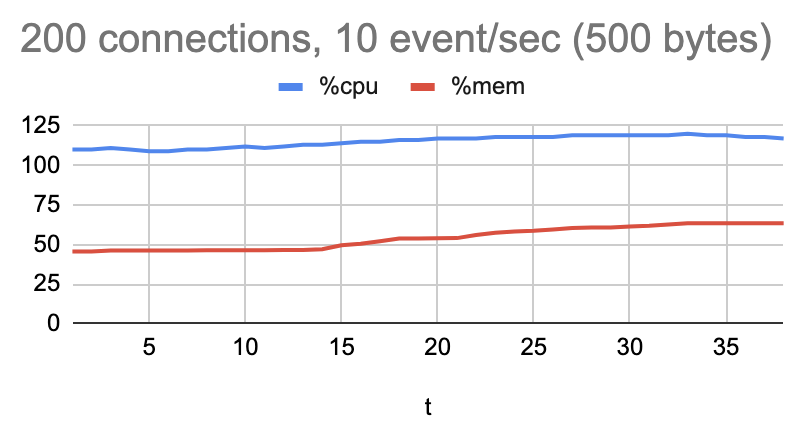 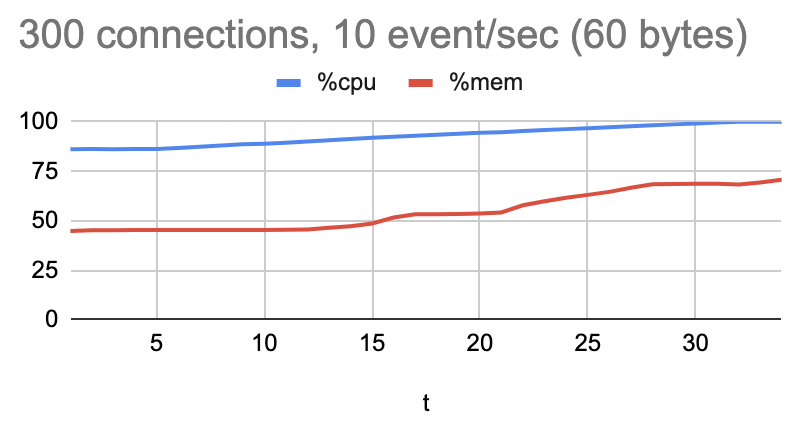 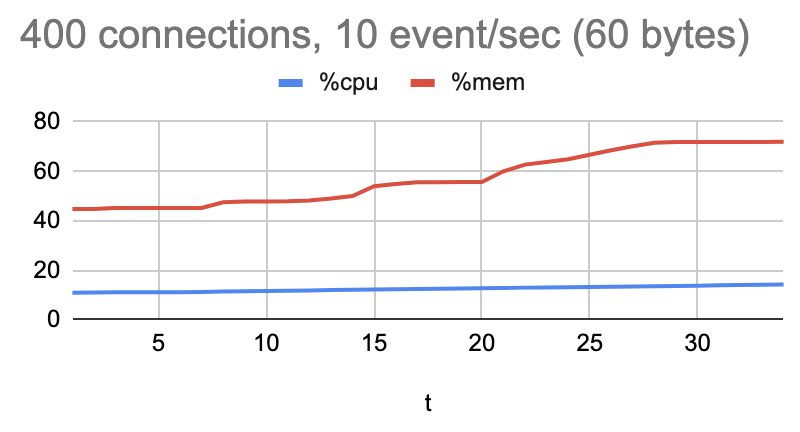 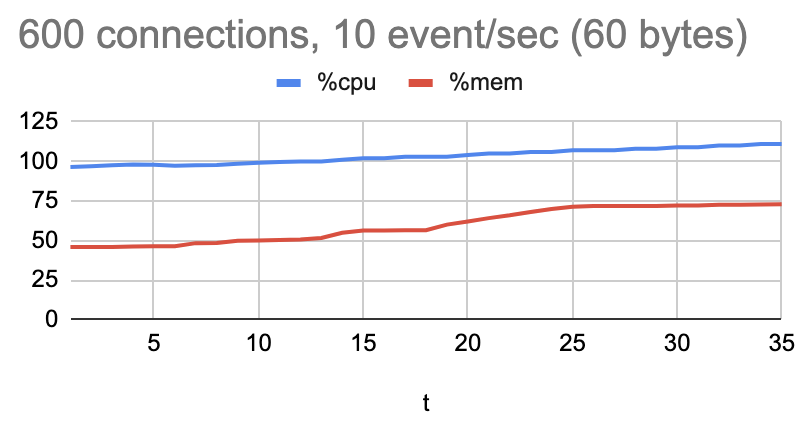 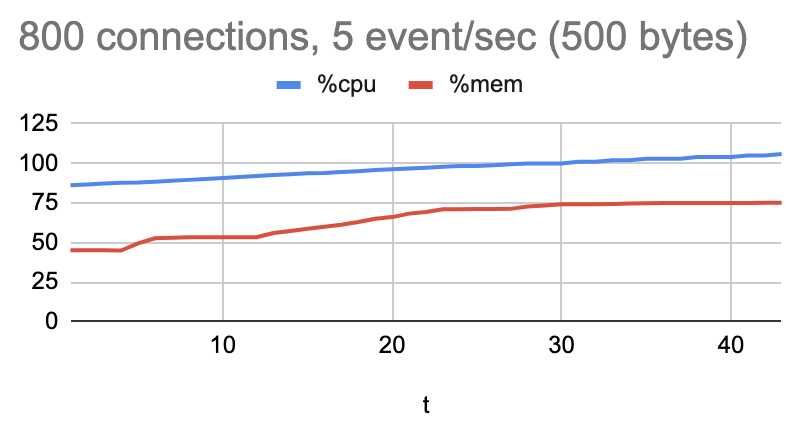 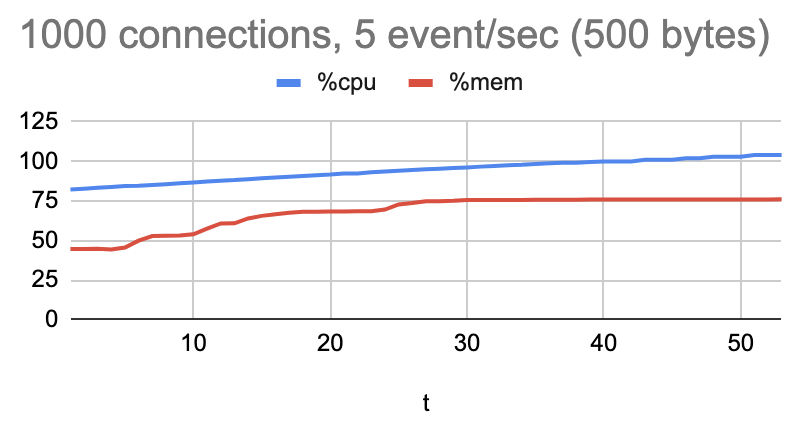