In the modern digital-era, many organizations adopt digital transformation technologies to keep up with the changes. APIs are one of the basic building blocks used in a digitally-driven organization. When the number of APIs managed by the organization grows, they need to have an automated process to handle the rapid API development process. Having a proper continuous integration and continuous deployment (CI/CD) process would give an added advantage to your organization.

In this section, you will learn how to build an automated process using the WSO2 API Controller (apictl) with WSO2 API Manager (WSO2 API-M) 4.0.0. You will see how a solution is built using a version control system (Github), artifact repository(JFrog Artifactory) and CI/CD Tool (Jenkins). 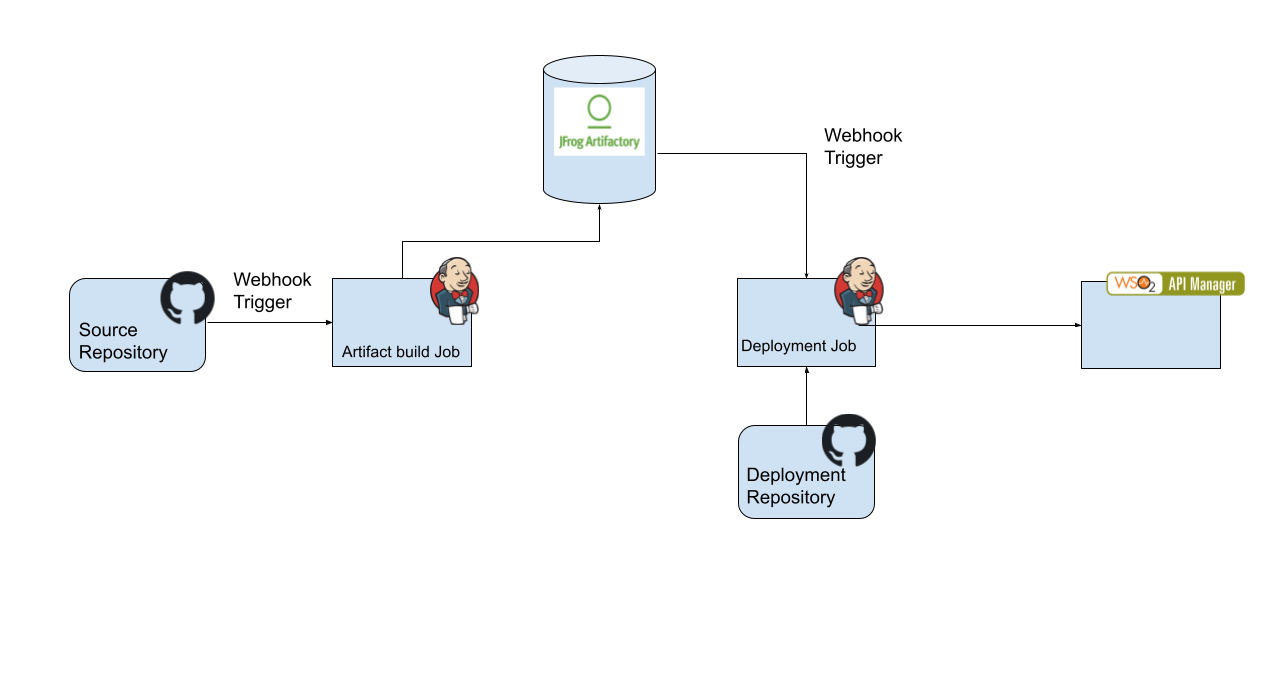 Before you begin, you need to set up the Jenkins server on a remote machine which has public access. To use webhooks in Github and Artifactory repository to trigger Jenkins jobs you need a publicly accessible Jenkins server url. If you are trying this on a local machine, you may have to use a tool such as socketxp to create a tunnel.

In this section, the instructions are tested out on an ubuntu server setup on https://cloud.google.com/compute .

Now the Jenkins server is set up.

In this section, two repositories are created to illustrate this scenario.

Now let’s initialize the source repository. This will be done from the developer’s local machine.

If you haven’t setup API Controller, Please set it up using the apictl tool

Now the source repository is configured.

Create a free cloud repository using https://jfrog.com/start-free/#saas. After the registration is complete, Login to https://&lt;name>.jfrog.io/ui/

Download the WSO2 API Manager 4.0.0 here and start the instance. Set this in a separate instance as the dev instance.

As shown in the Setup Jenkins Section, Go to Manage Jenkins section and select Configure System. Under the Global properties select Environment variables and set following variables with your environment related details. 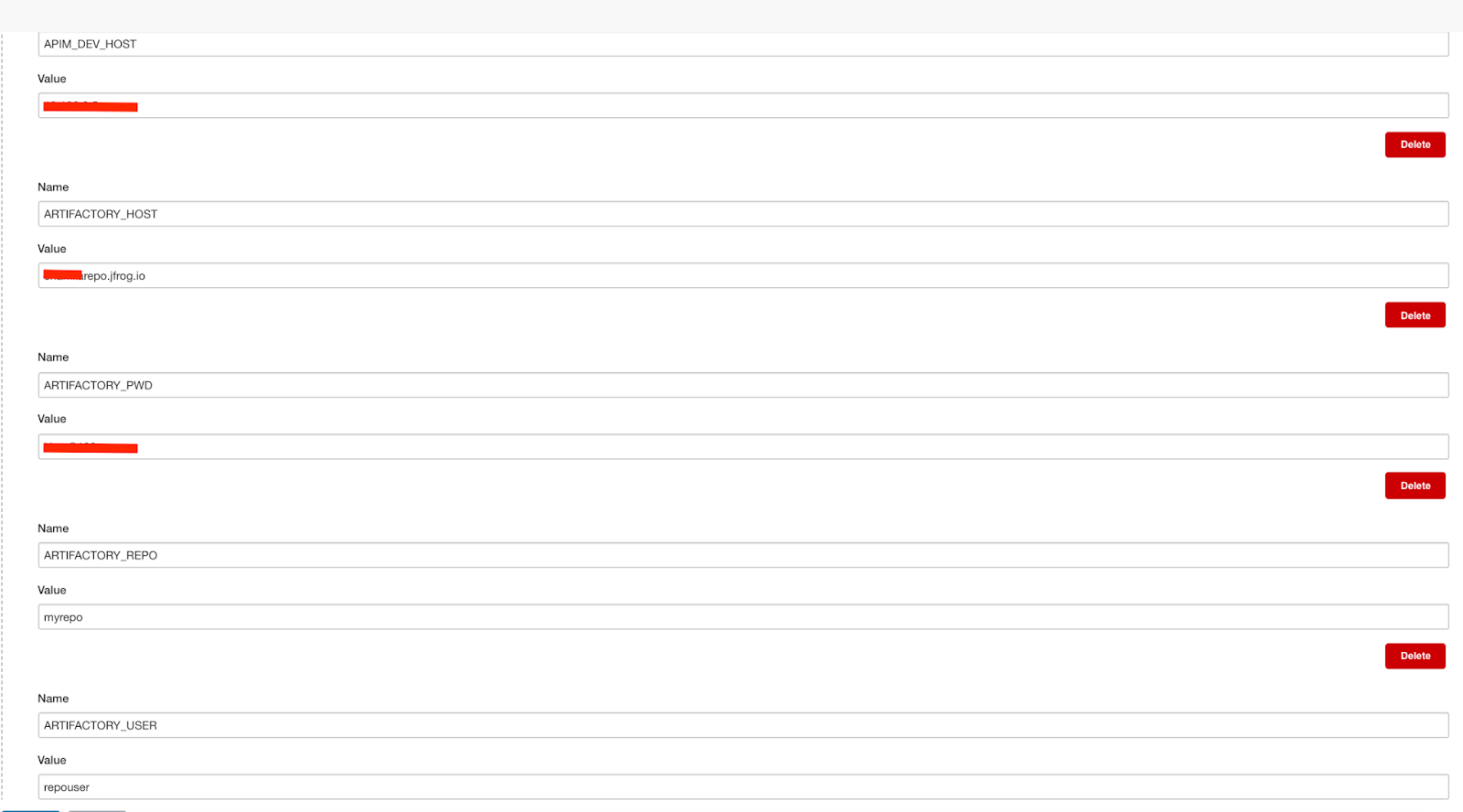 To set up, Execute a build job. Note that this will fail. 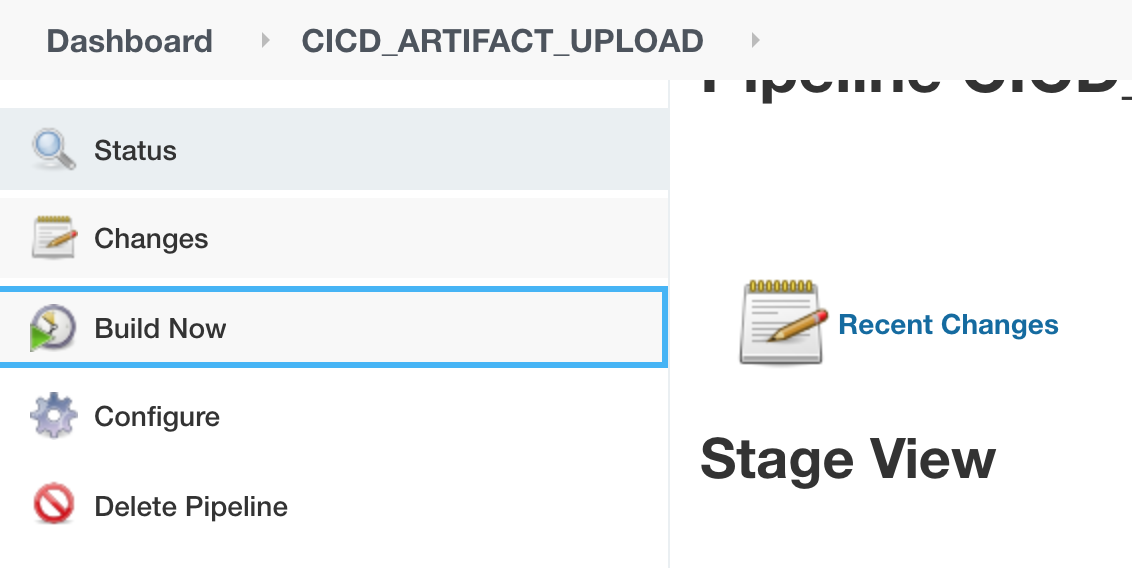 The artifact deployment job will listen to any new updates in the Artifactory repository and deploy the artifact with the configurations in the Deployment git repository to the dev API-M environment.

If the configuration is working, this will trigger a new build.

To test this setup, use the OpenAPI definition based method to create the APIs.

Let's update the API and see the changes. The API is in CREATED state. Let’s publish this API by following the steps given below.

Once you commit the changes to the source repository, you would see the jenkins jobs getting triggered. Log in to the Publisher Portal and check the changes.

If you go to the artifactory repository and check the PetstoreAPI you will see two versions in the repository.