Testing APIs is trying out the APIs at the publisher itself and make sure whether the functionalities and behaviours are met before publishing to the gateway for subscribers to access.

Only the API developers (creator, publisher) are allowed to test the APIs through the test console. The developers can do the basic functional tests such as checking mediation policy, validating that the request is sent to the back-end and a proper responses is received as expected, request/response schema validation, and making sure that the API resources are defined correctly. The Test Console menu item in the Publisher portal's left navigation menu can be used to initialize the test at the design phase. Once the developer initiates the test by clicking on the initialize test button, the API is transformed to the prototype(testing) state and the swagger console is populated with a test-key(token) which prevents the unauthorized users accessing the particular API.

If the API is in the created lifecycle state, the developer can initialize the test.

We don't allow testing for the APIs that are in publish state.Hence API developer/publisher has to demote the API to prototype/created state. 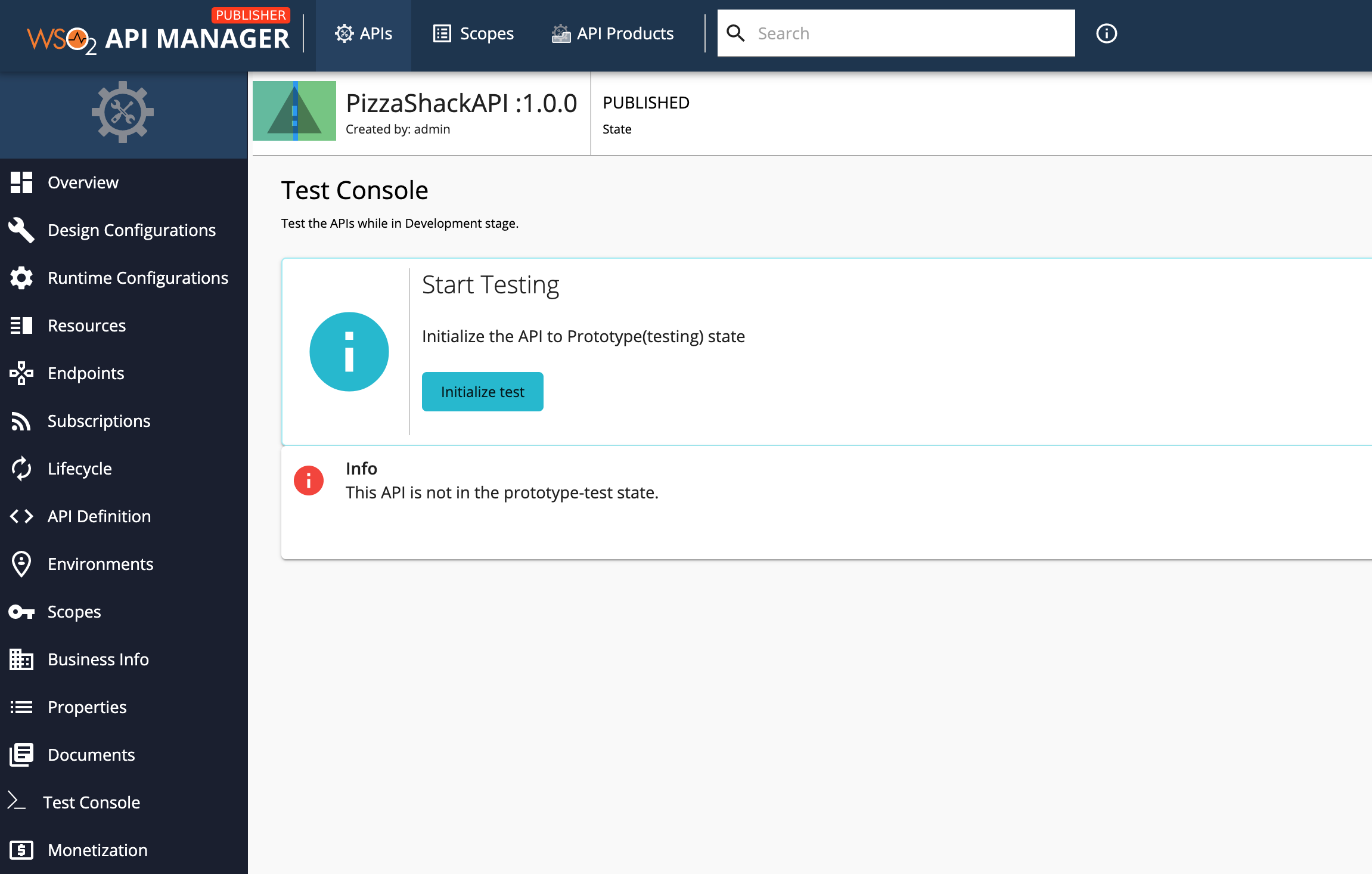 Let's see how to use the Publisher test Console to test an API.

The examples here use the PizzaShack REST API, which was created in Create a REST API .

You have now successfully tested an API using the publisher test Console. Now you can publish the API to the gateway.