APIs have become a defacto for connecting apps, services, and data. An organization can have multiple environments, such as development, testing, QA, staging, and production, each with its own instance of API Managers. Therefore, the APIs need to be available in each environment after developers specify the required conditions. Manually promoting APIs between environments is a tedious, error-prone, and time-consuming task. This drastically reduces an organization’s productivity. 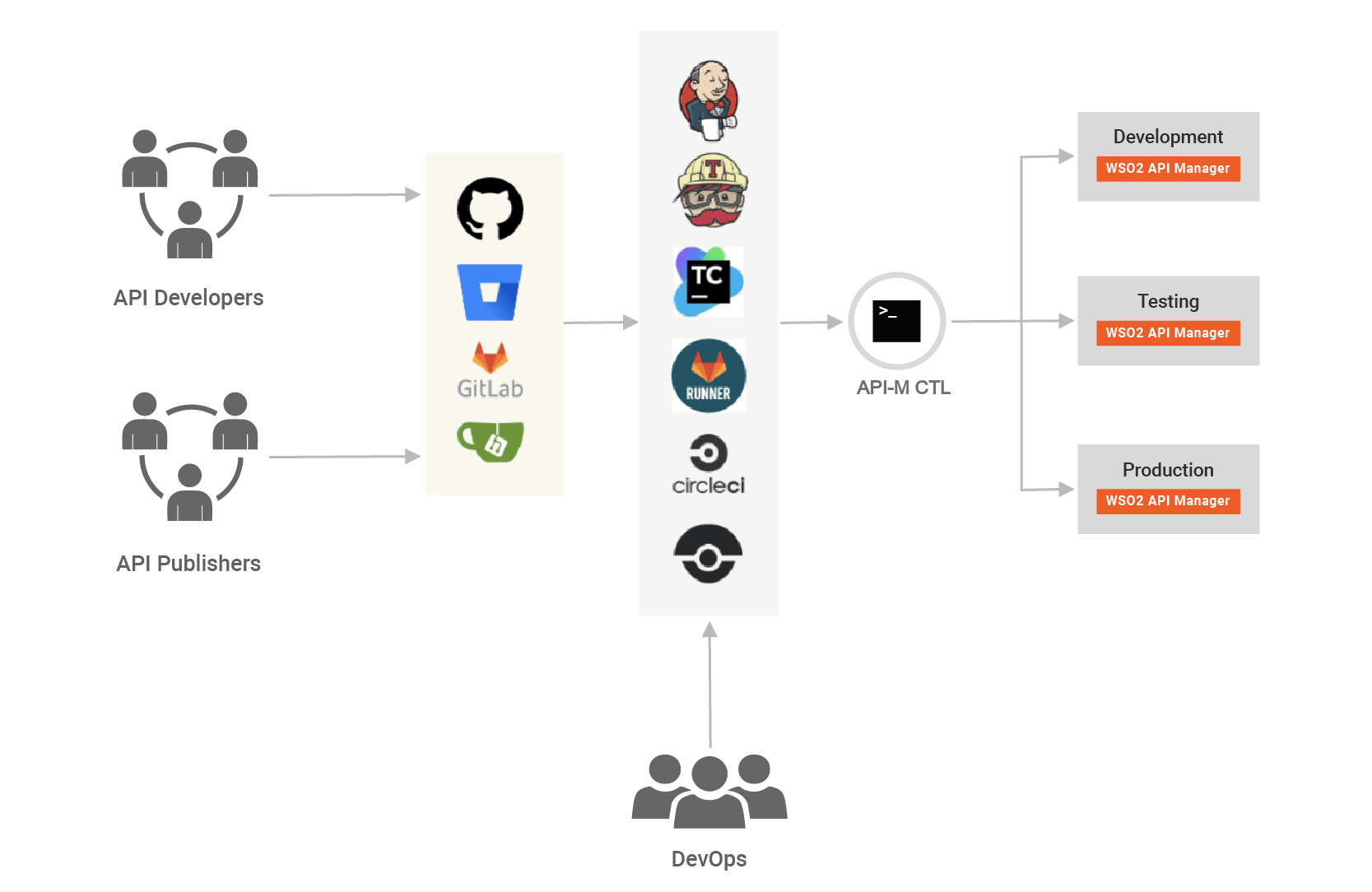 Continuous integration and continuous deployment for APIs is an open-ended scenario; different organizations have different ways of addressing the problem. The above diagram depicts a generic solution that involves a minimum number of parties in an organization for API automation. Although the diagram shows three parties, there could be more or less depending on the organization’s structure.

API Developers and Publishers work with a version control system, which acts as a single source of truth for the pipeline.

To migrate the existing APIs using the API Publisher via CI/CD carry out the steps mentioned in A, B, C, E, and F, which is listed under the Building blocks for creating a CI/CD pipeline section, in sequential order.

Dev First based approach based CI/CD¶

Based on the API Project generation, a powerful pipeline for API automation can be developed using OpenAPI/Swagger. This allows rapid API development and increases developer productivity. 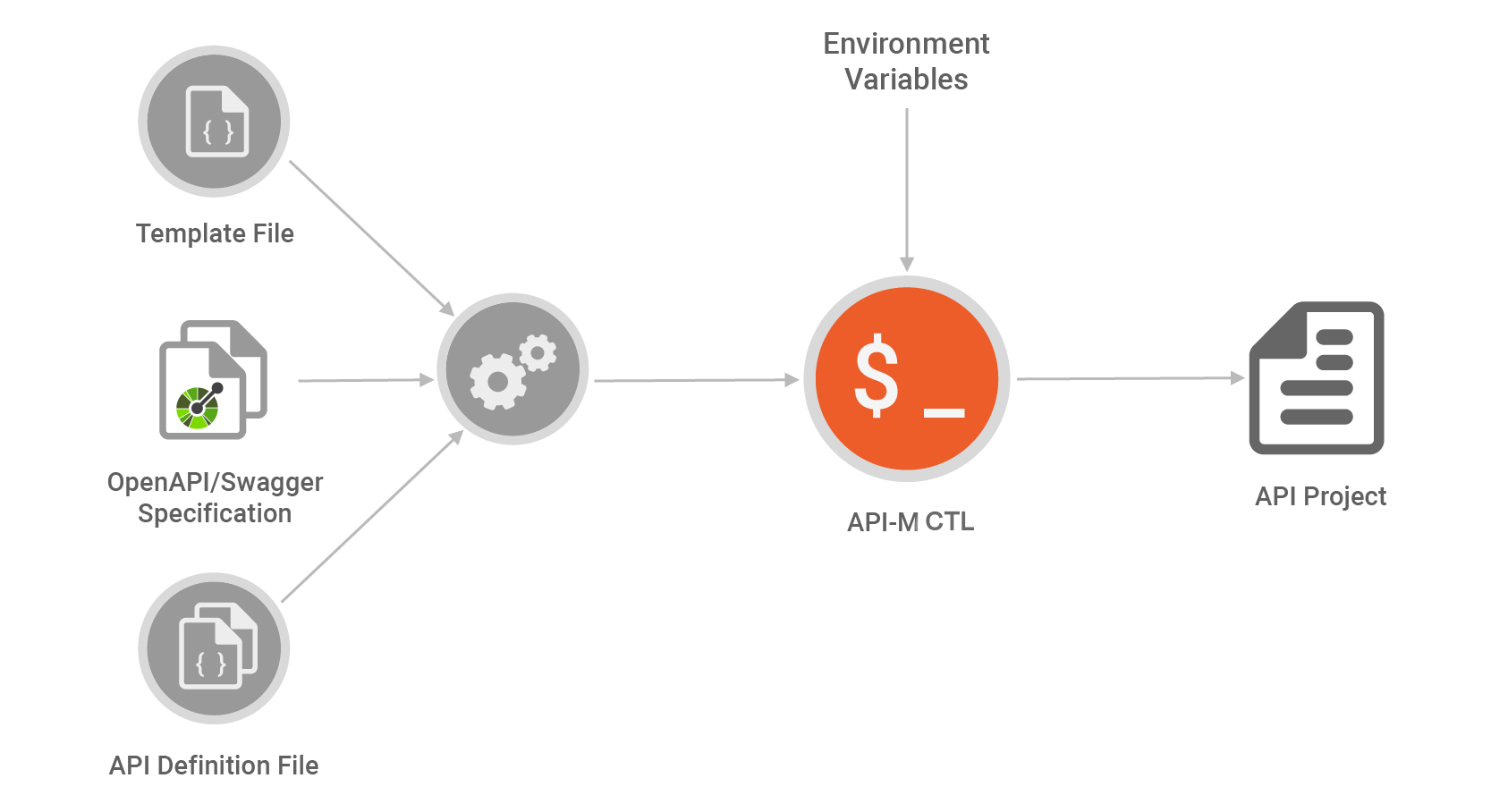 To migrate APIs using the Developer First approach via CI/CD carry out A, D, E, and F, which is listed under the Building blocks for creating a CI/CD pipeline section, in sequential order.

Let us check out the basic building blocks for creating a CI/CD pipeline with WSO2 API-M in sequential order.

(B.) - Create and Publish an API in a lower environment¶

Now, you have added two different environments. Our end goal is to automate the API migration between the dev and prod environments. Therefore, first, the API should be published in the dev environment using the API Publisher in WSO2 API Manager. For more information on deploying an API in the API Manager, see the Quick Start Guide.

For this example, let's use the Swagger Petstore API.

(C.) - Export an API from a lower environment¶

(F.) - Import the API to an upper environment¶

The Automation Server can be configured to run a specific pipeline for promoting artifacts to other environments. The DevOps team can develop this pipeline further to include automated tests, workflow approvals, and other tasks.

Now, you know the building blocks of creating a CI/CD pipeline using apictl. By using the above, you can create an automated pipeline for API promotion between environments using either one of the latter mentioned approaches.

Next let's use the above knowledge to create a Jenkins CI/CD Pipeline with WSO2 API Management for a Dev First Approach.