Please follow below steps to configure the prepackaged WSO2 Identity Server as the Key Manager of WSO2 API Manager deployment.

Before you begin check the product compatibility for WSO2 IS as Key Manager.

What is referred to as the prepackaged WSO2 Identity Server as a Key Manager?

This is only required if you are running both WSO2 API Manager and WSO2 Identity Server on the same Virtual Machine (VM). Please refer Changing the Default Ports with Offset for more information.

Open the <IS_KM_HOME>/repository/conf/deployment.toml file and change the offset to 1 by applying following config. This increments the product's default port by one.

Step 3 - Install and configure the databases¶

You can create the required databases for the API-M deployment on a separate server and point to the databases from the respective nodes.

The following diagram depicts how the databases are shared between WSO2 IS and WSO2 API-M. 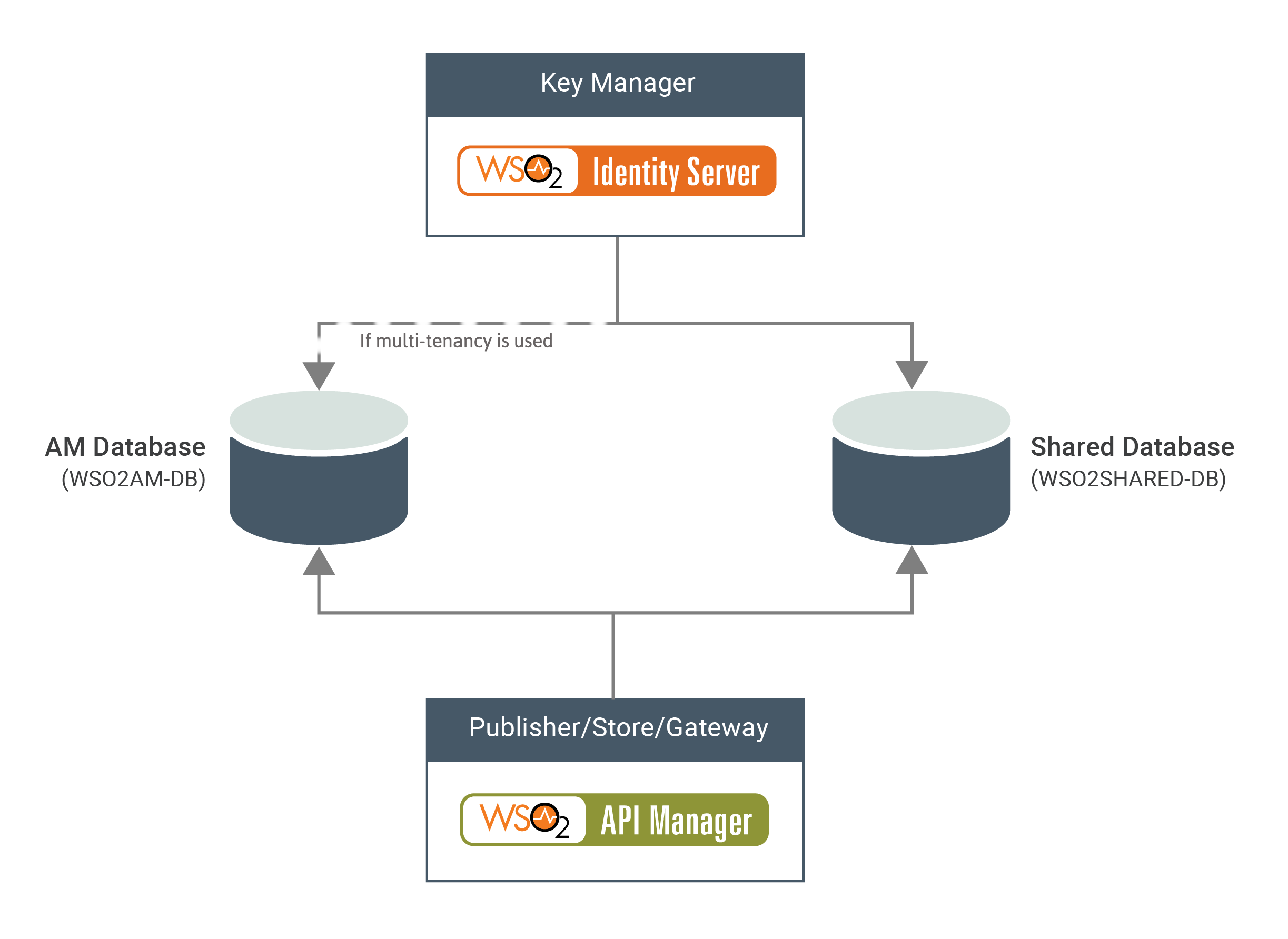 The steps to setup and configure the databases for WSO2 IS as the Key Manager node is given below.

These steps are ONLY applicable if you need to configure HA for the Key Manager.

Follow the instructions below to configure the other WSO2 API-M components, namely the Publisher, Developer Portal, Traffic Manager, and Gateway: