Follow the instructions below to configure and publish to multiple Gateways.

Step 2 - Generated the keys for the applications¶

Use the following sample cURL command to generate an access token for the Gateway URL of the initially published Gateway Environments, which was listed in API Publisher in step 8, using the Password Grant type. 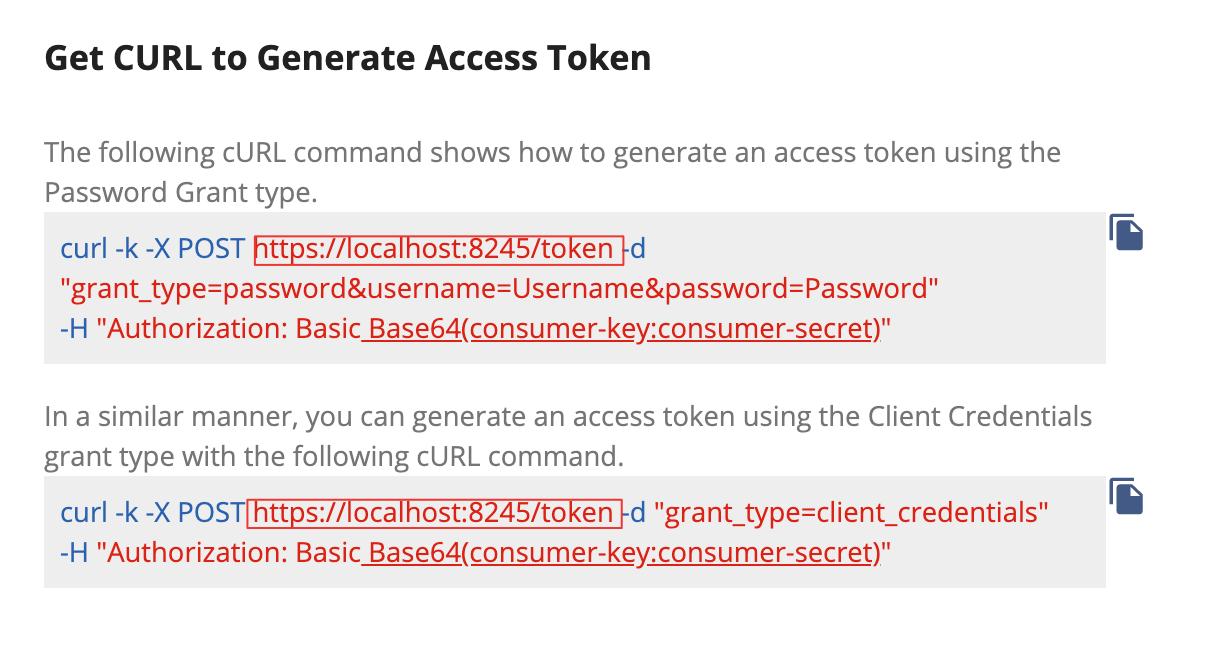 If you wish to use the API-M pack that you used as the first instance to try-out other tutorials, please ensure to delete the API Gateway configurations that you added in step 5, and uncomment the default [[apim.gateway.environment]] configurations in the <API-M_HOME>/repository/conf/deployment.toml file.