Tests were done using 100, 200, 300, 1000, and 2000 concurrent users. Concurrent Users mean that it consists of multiple users accessing the API Gateway at the same time. Different Message Sizes (Payloads) were used for the tests with different back-end service delays. The message sizes used are 50B, 1KiB, 10KiB, and 100KiB. The back-end delays were 0ms, 30ms, 500ms, and 1s.

Two key performance metrics were used to measure the performance of each test. - Throughput: This measures the number of API invocations that the API Manager Gateway server processed during a specific time interval (e.g. per second). - Response Time: This measures end-to-end processing time for an operation (of invoking an API using HTTPS protocol). The complete distribution of response times was recorded. 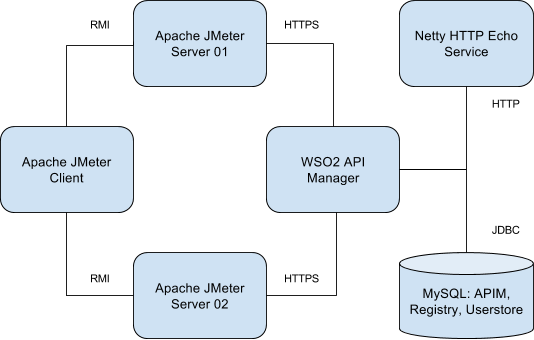 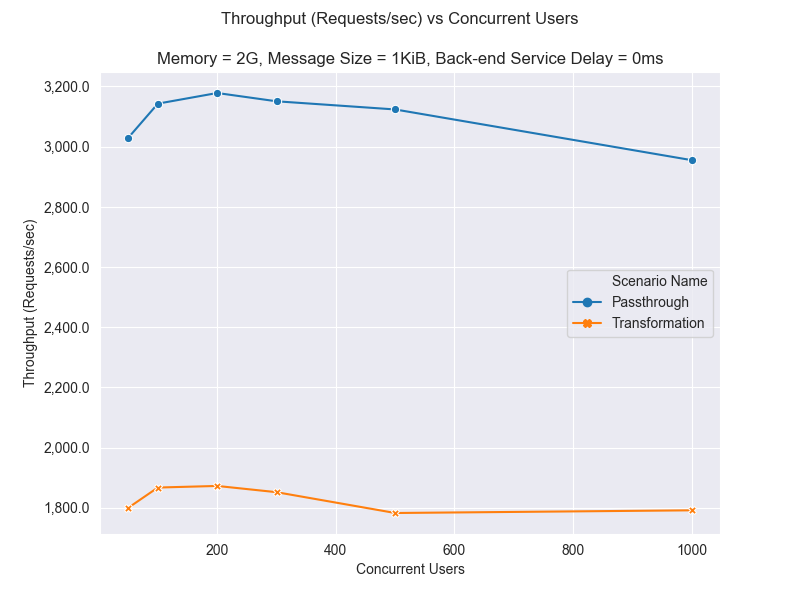 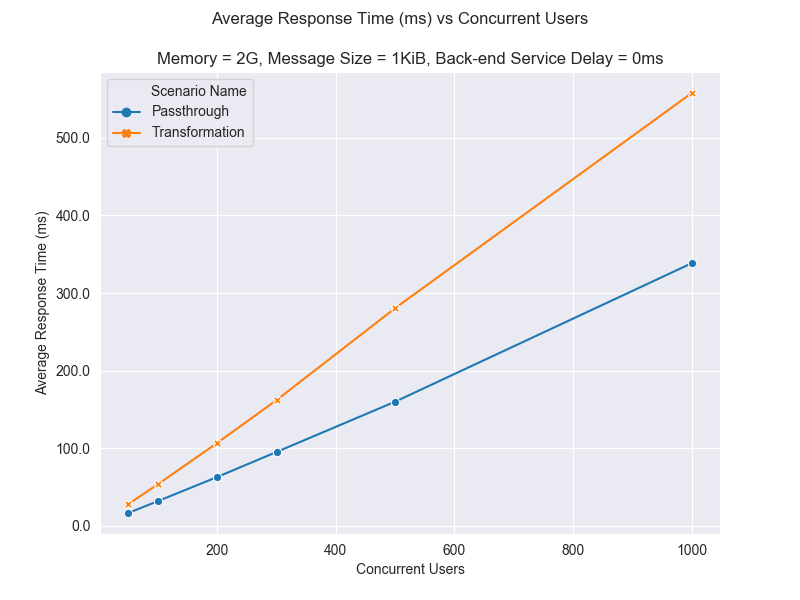 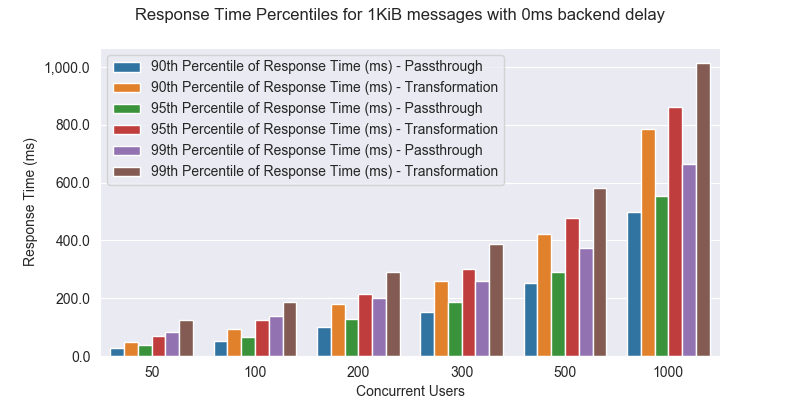 1000 concurrent users mean a lot and it is not very common. To support more concurrent users with acceptable response times, it is recommended to scale horizontally or vertically. When scaling horizontally, two or more Gateway nodes need to be used with a load balancer. To measure the performance after scaling, another load test must be carried out.

In addition, the GC log for each performance test was analyzed using the GCViewer.

The following charts depict the GC Throughput (%) based on the number of concurrent users. 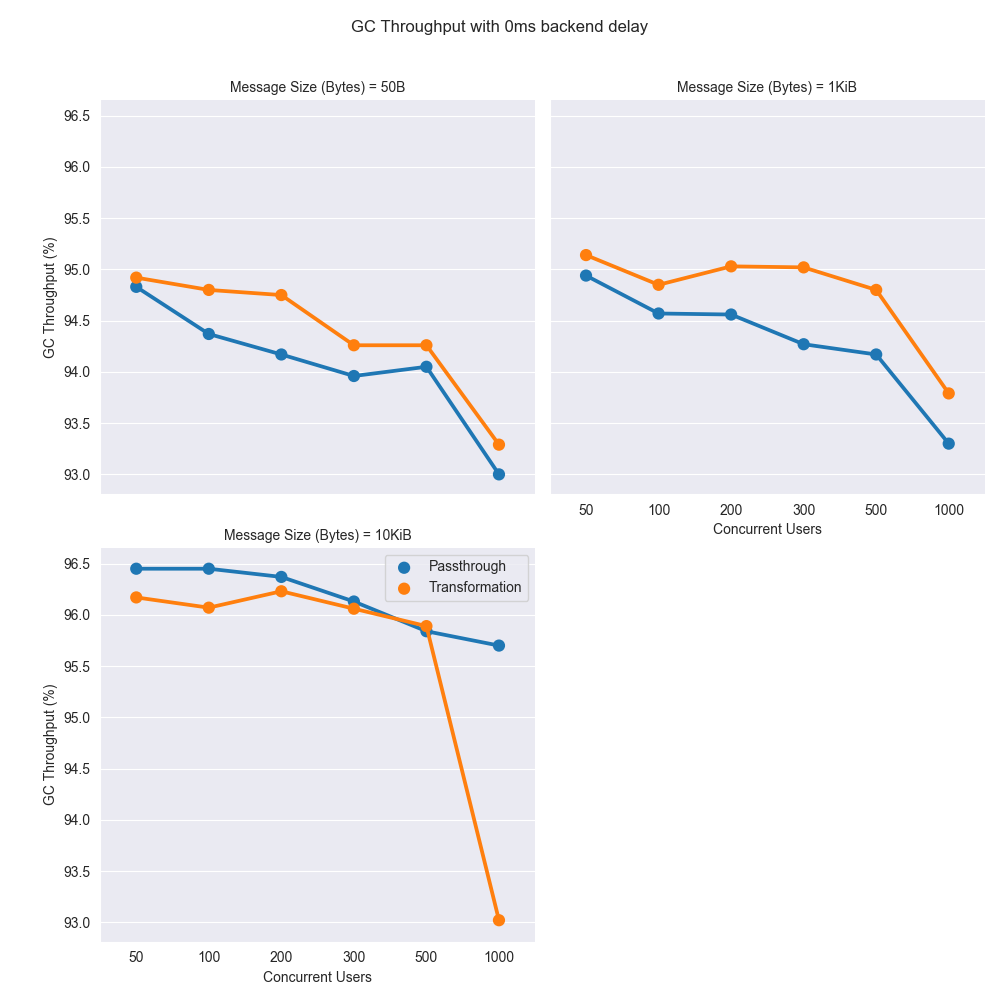 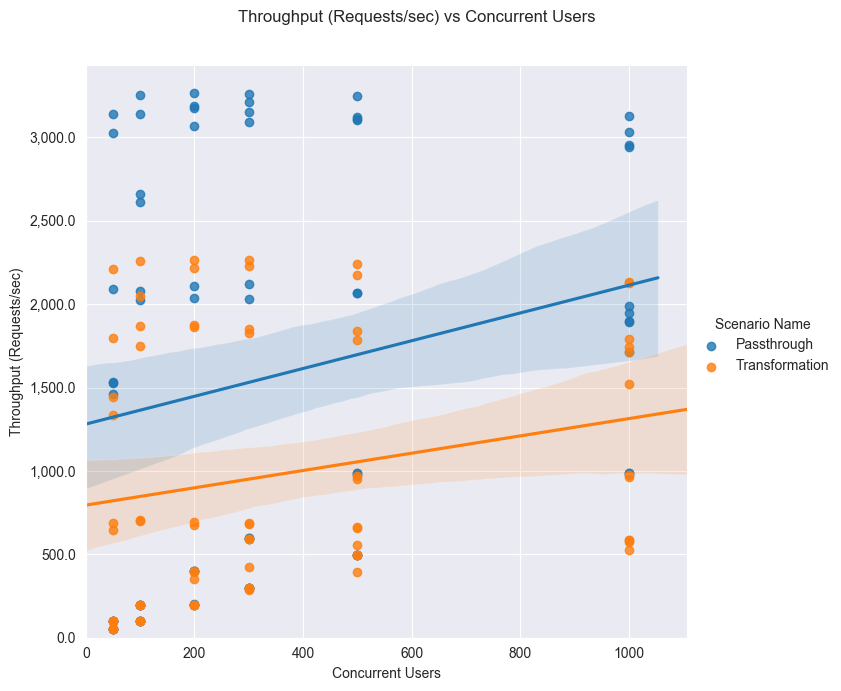 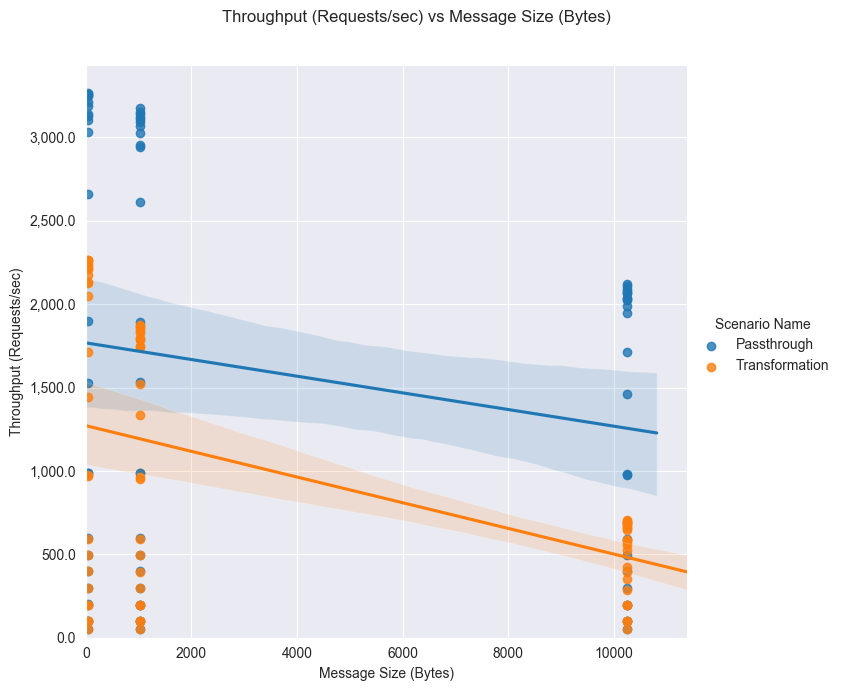 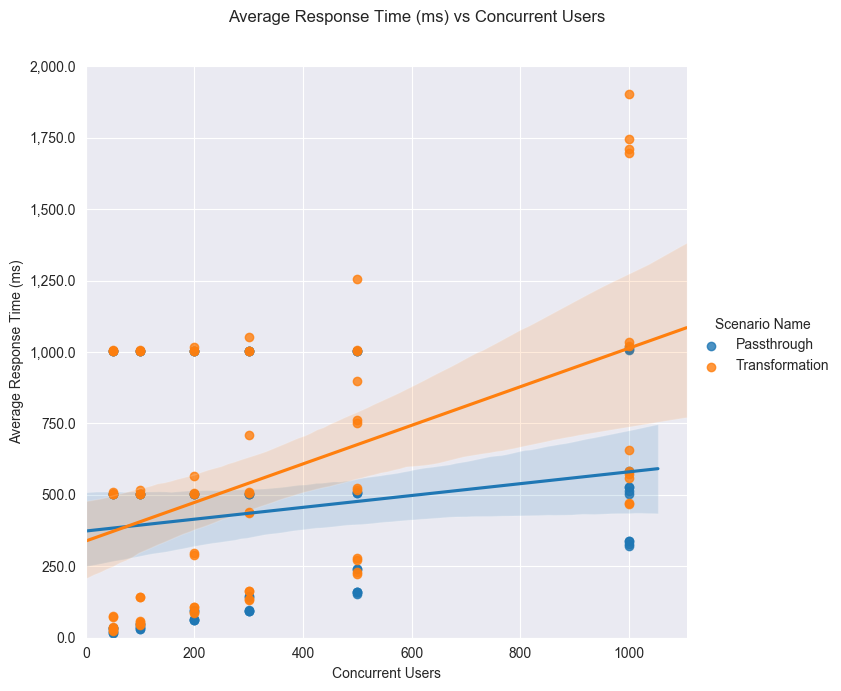