By using a developer-first approach, an organization can adopt to have minimal interaction between the API developer and API Publisher Portal. First, an API developer develops his/her own backend microservice and creates an OpenAPI Specification for it. Thereafter, he/she can create an API using that OpenAPI specification and deploy it to the desired WSO2 API Manager (WSO2 API-M) environment without accessing the Publisher Portal directly.

Let us create a CI/CD pipeline using Jenkins as the automation tool and GitHub as the source code management repository. Let us use Postman to write the test scripts in order to test the API that is deployed in WSO2 API-M.

For this tutorial, let us use a sample backend Ballerina service for the SampleStore Application. 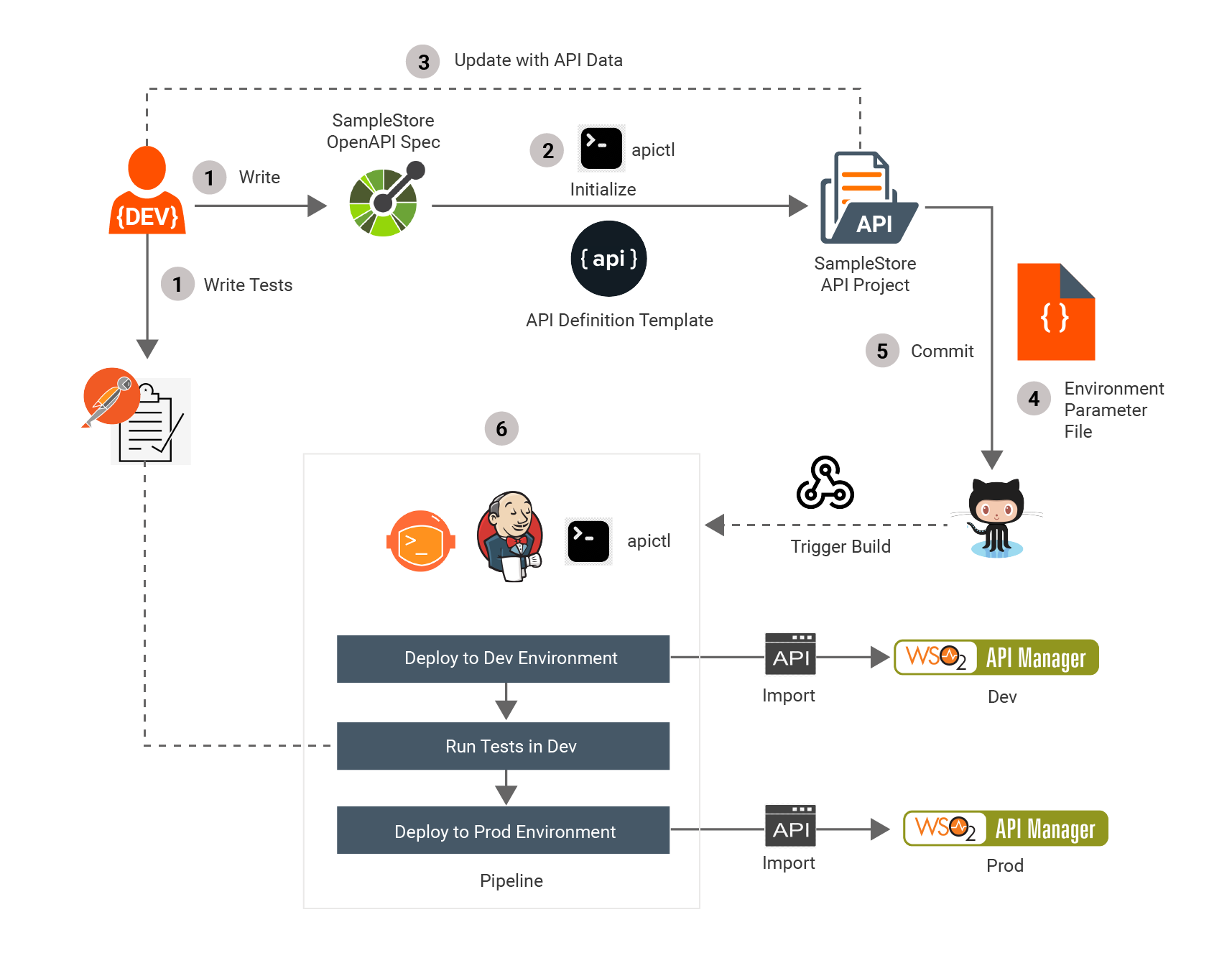 When you create an API Project, APIs are generated using a default template. To further fine tune the process of creating the API and to include organization-specific common API related details, you can use a custom API Definition file. For more information, see Initialize an API project. 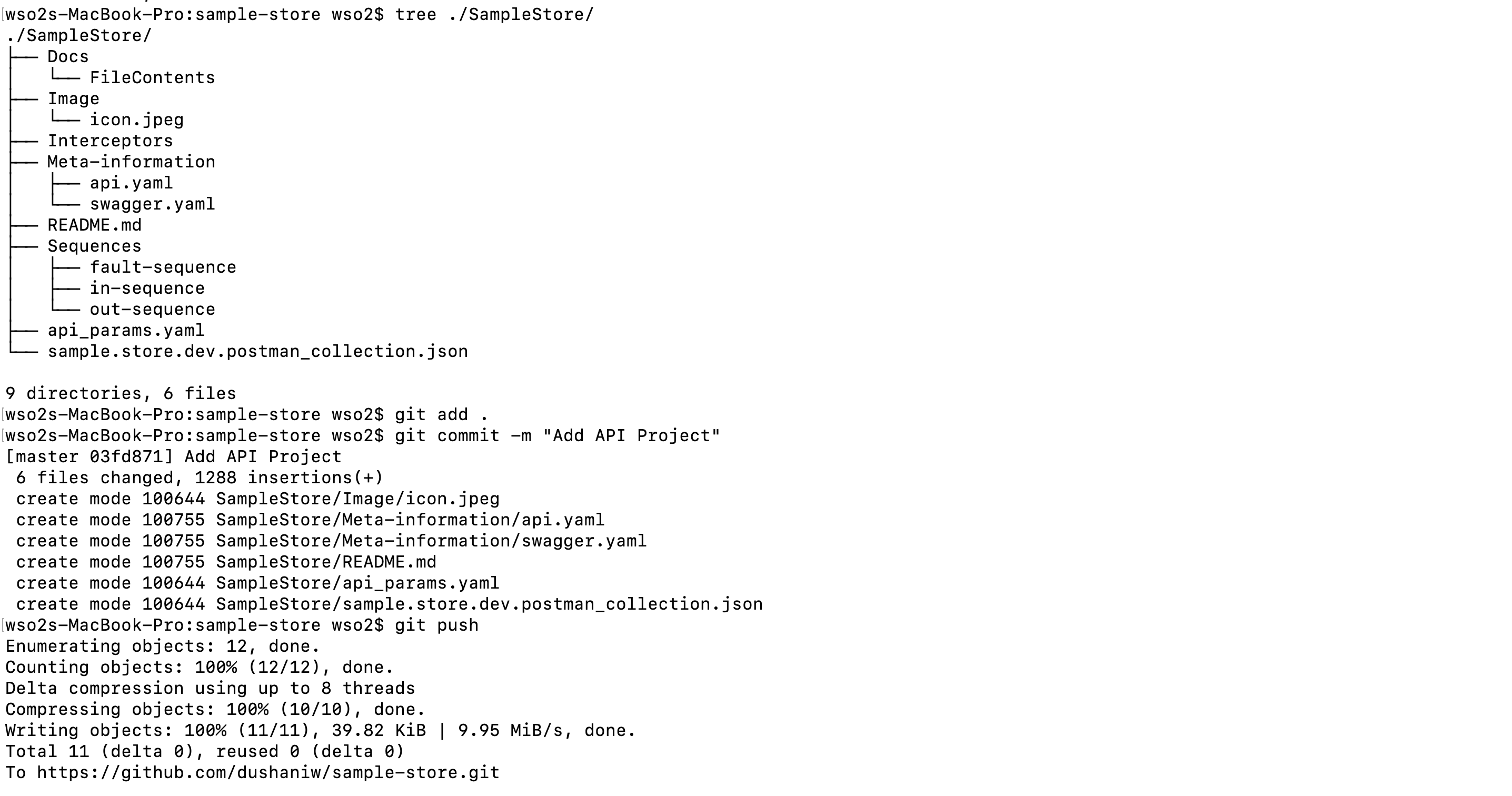 Upon committing and pushing any changes to the remote repository, the WebHook will automatically trigger a pipeline build on the Jenkins server. 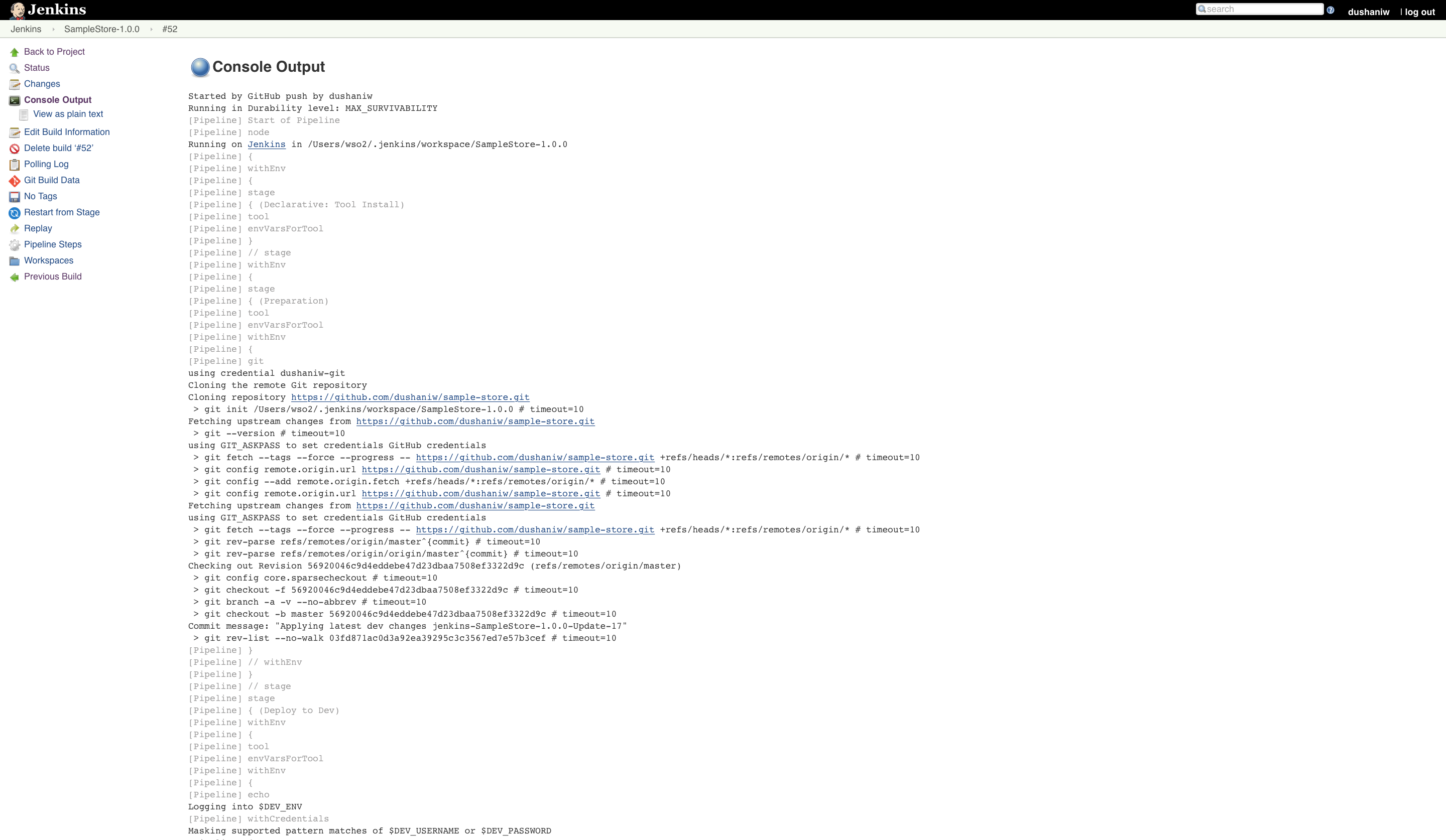 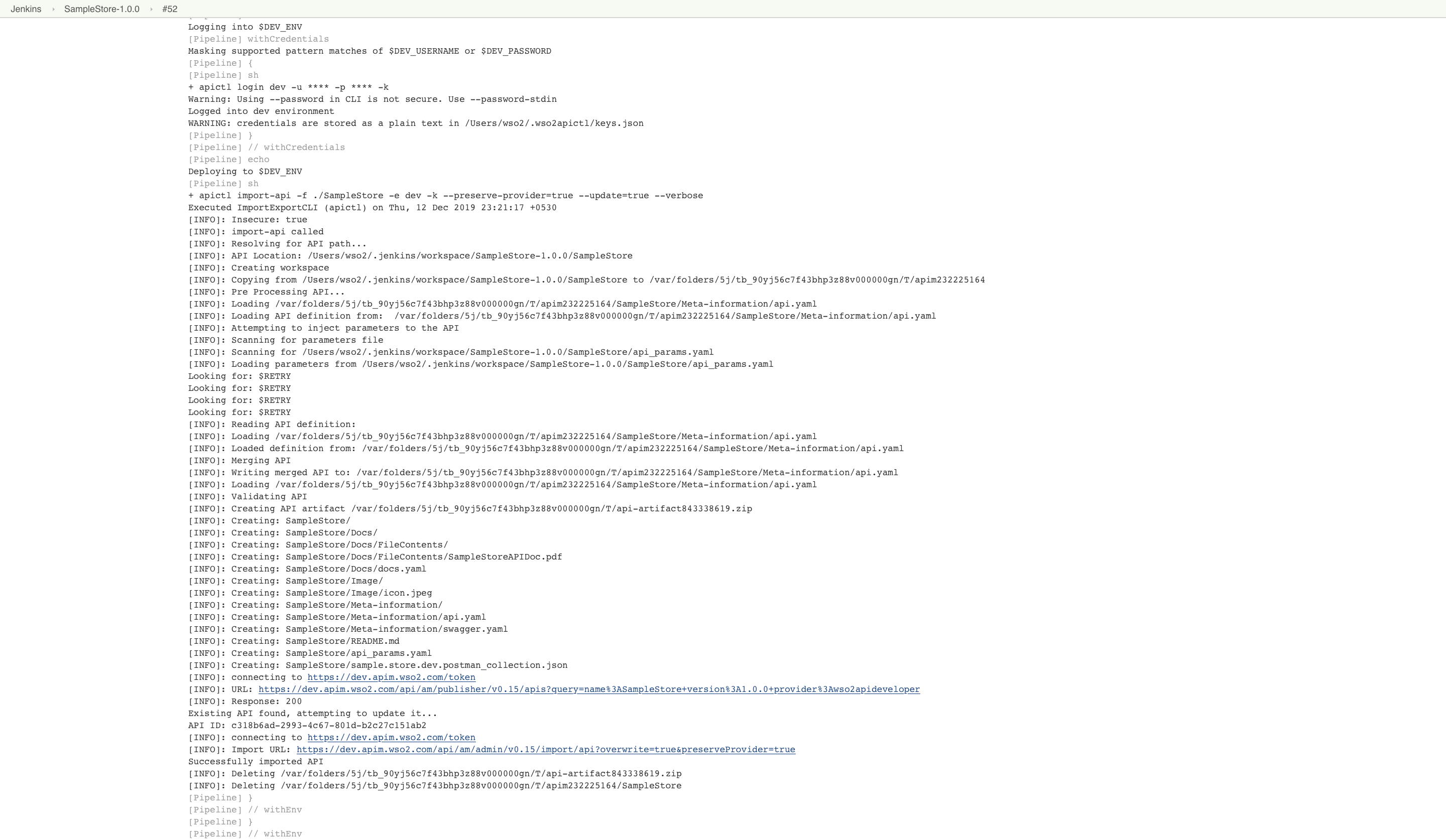 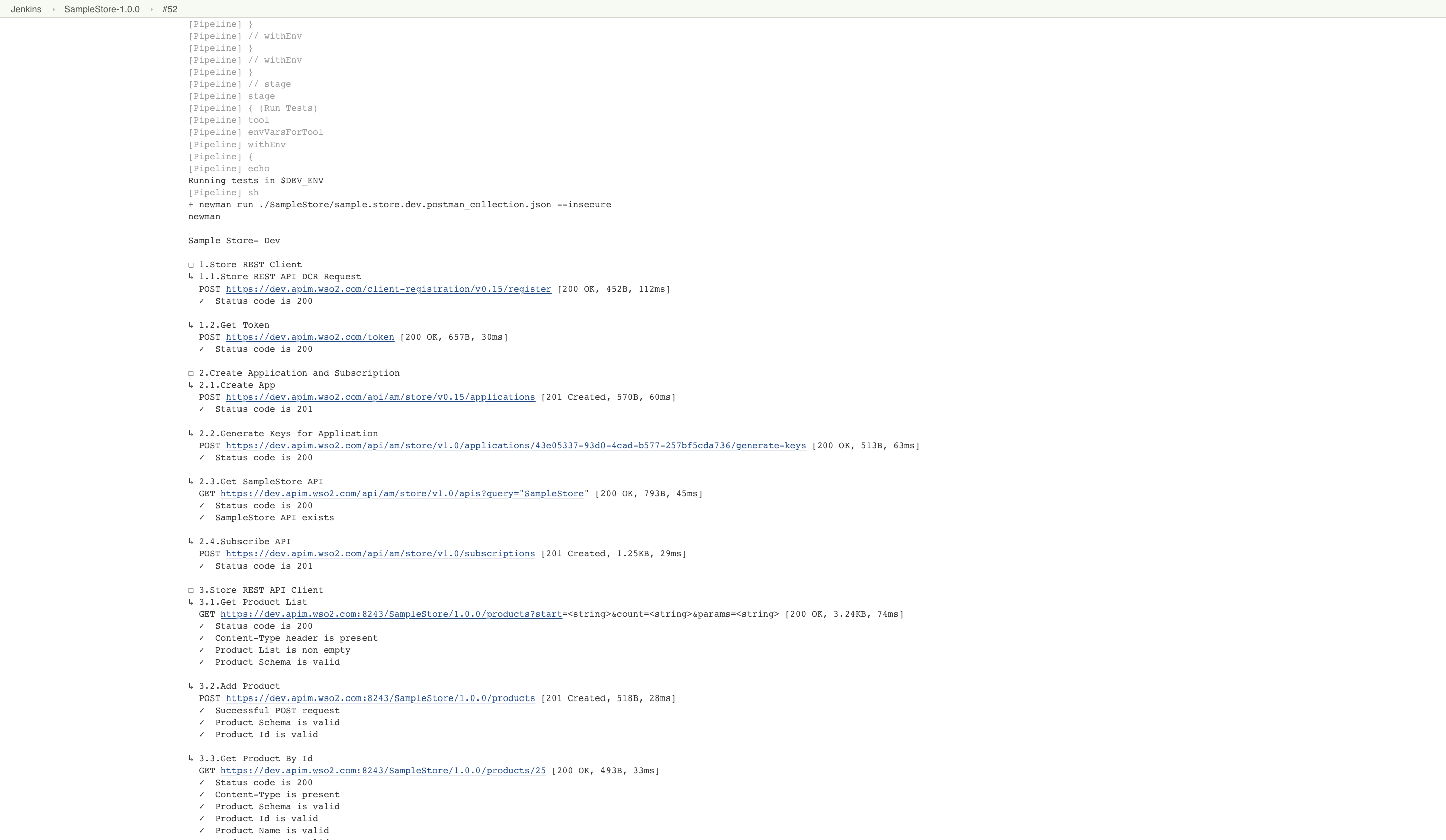 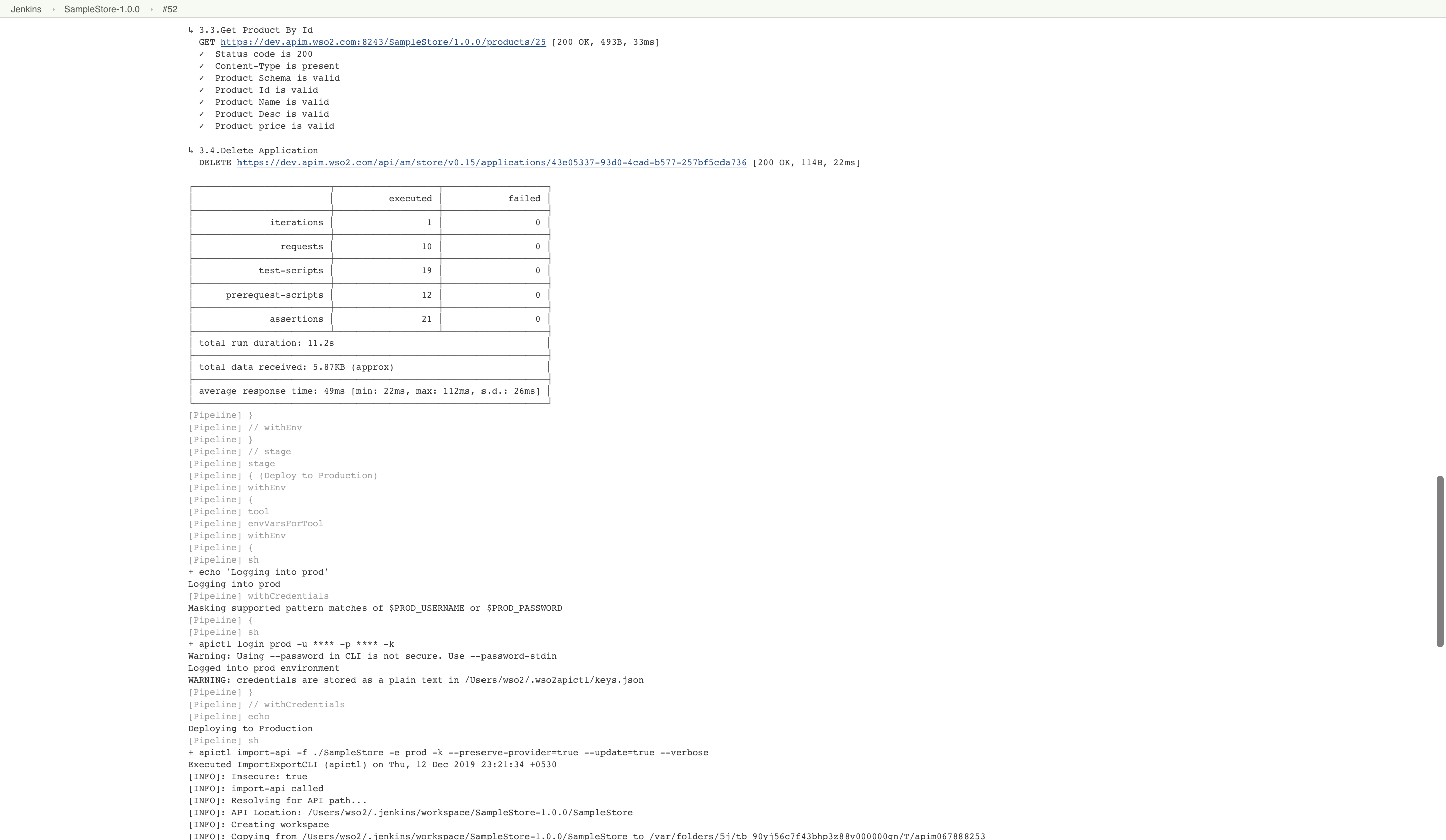 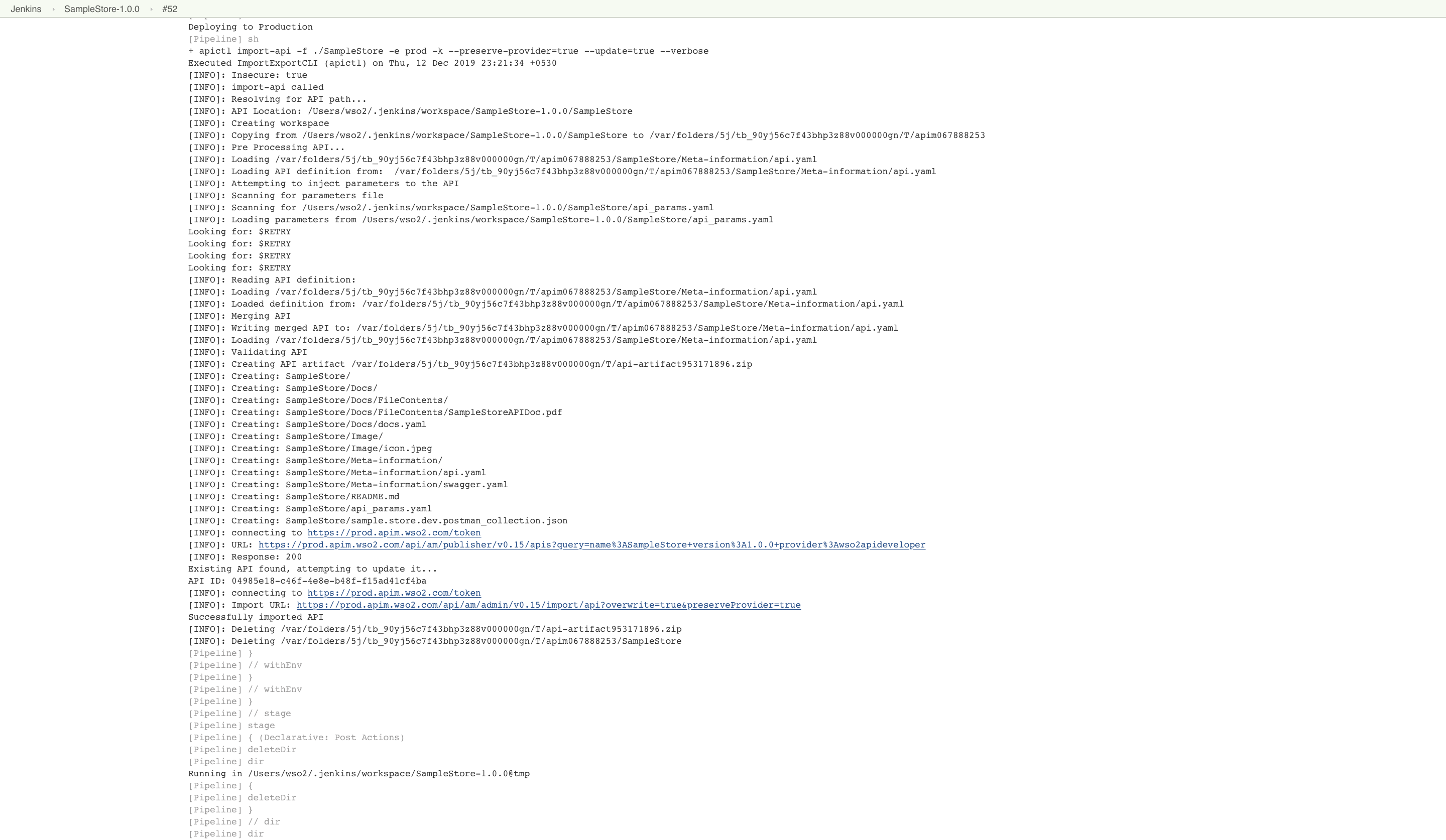 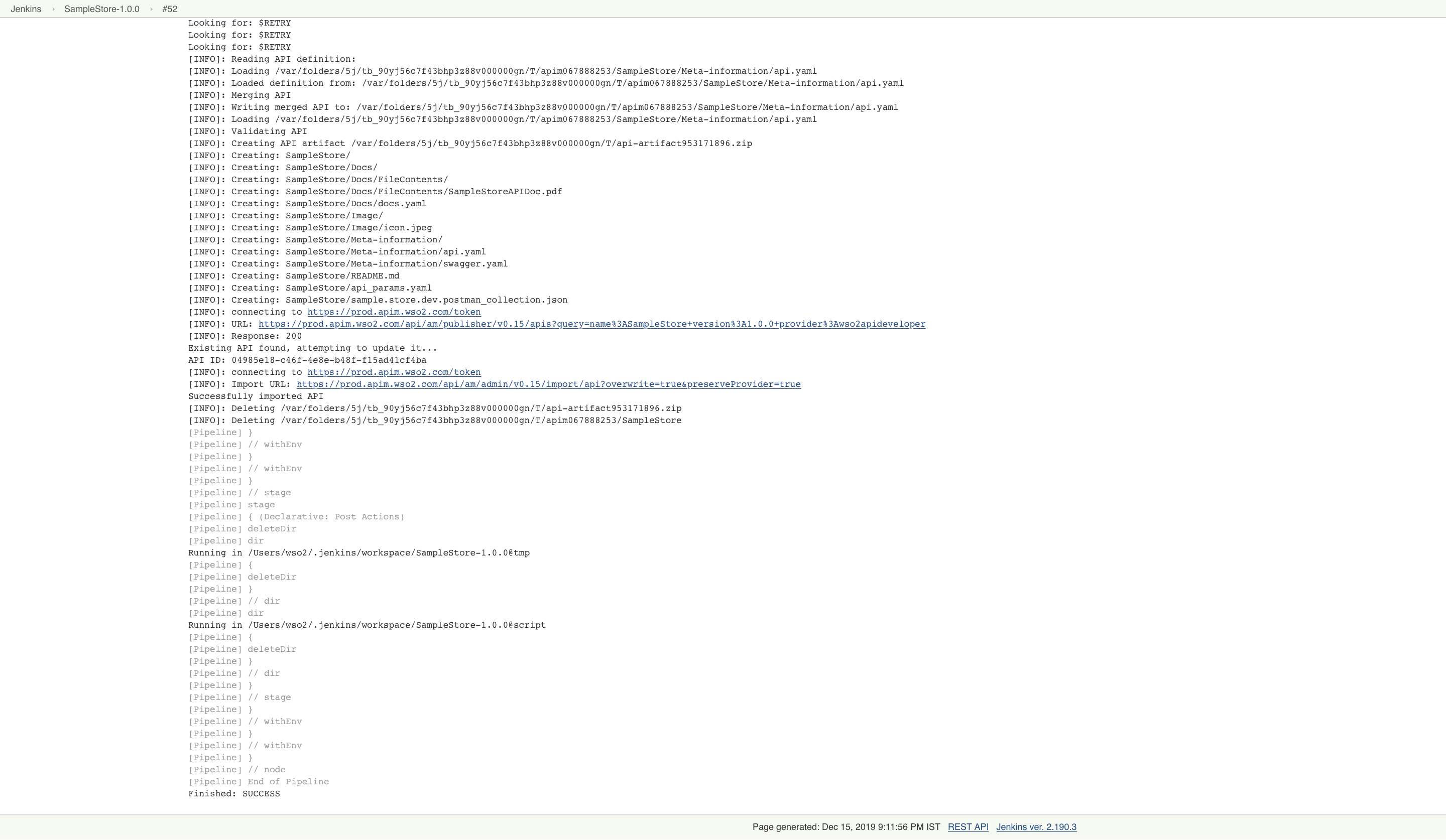 If you check the endpoints, you can see the endpoint URLs are updated according to the dev and production environment configurations. 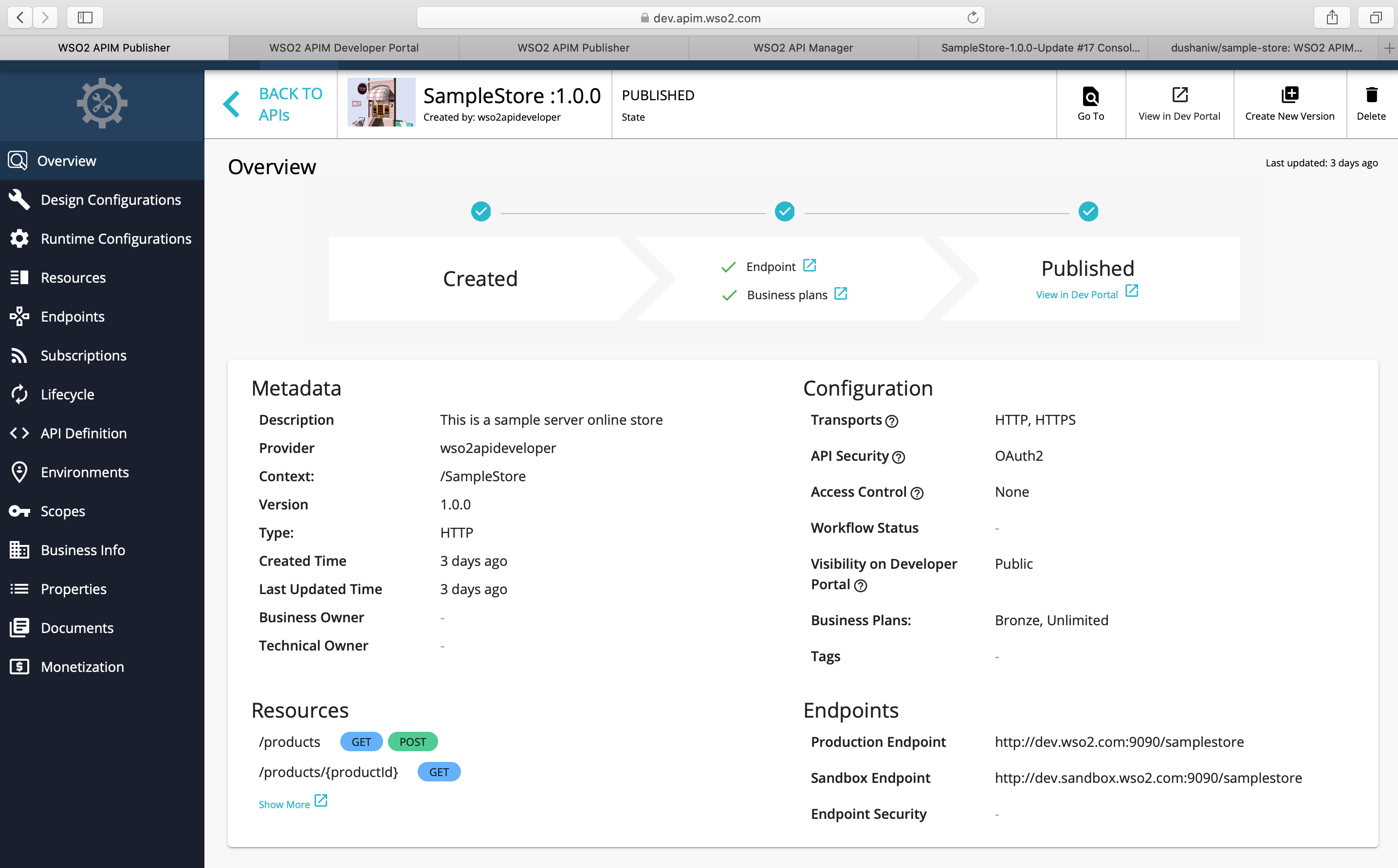 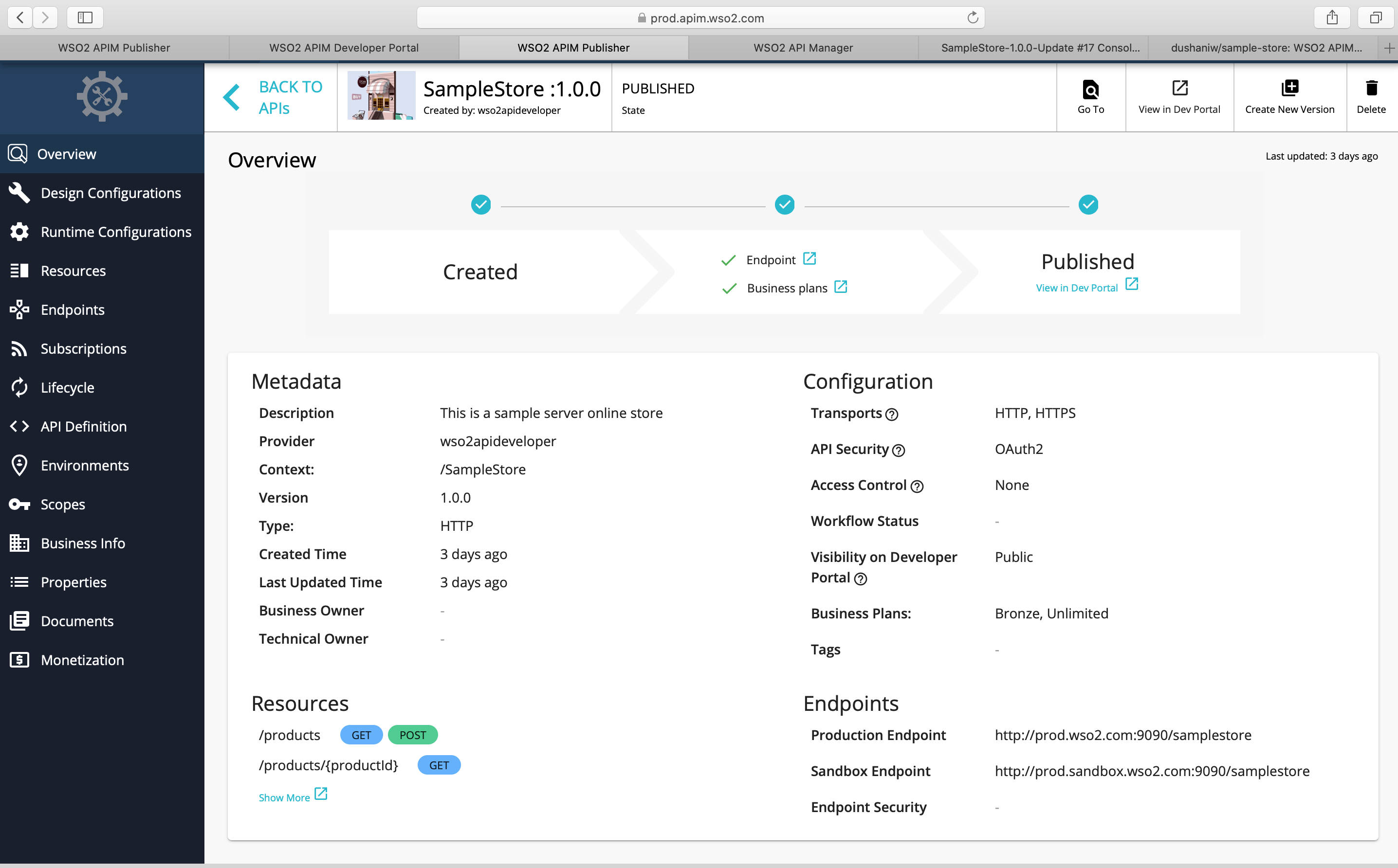 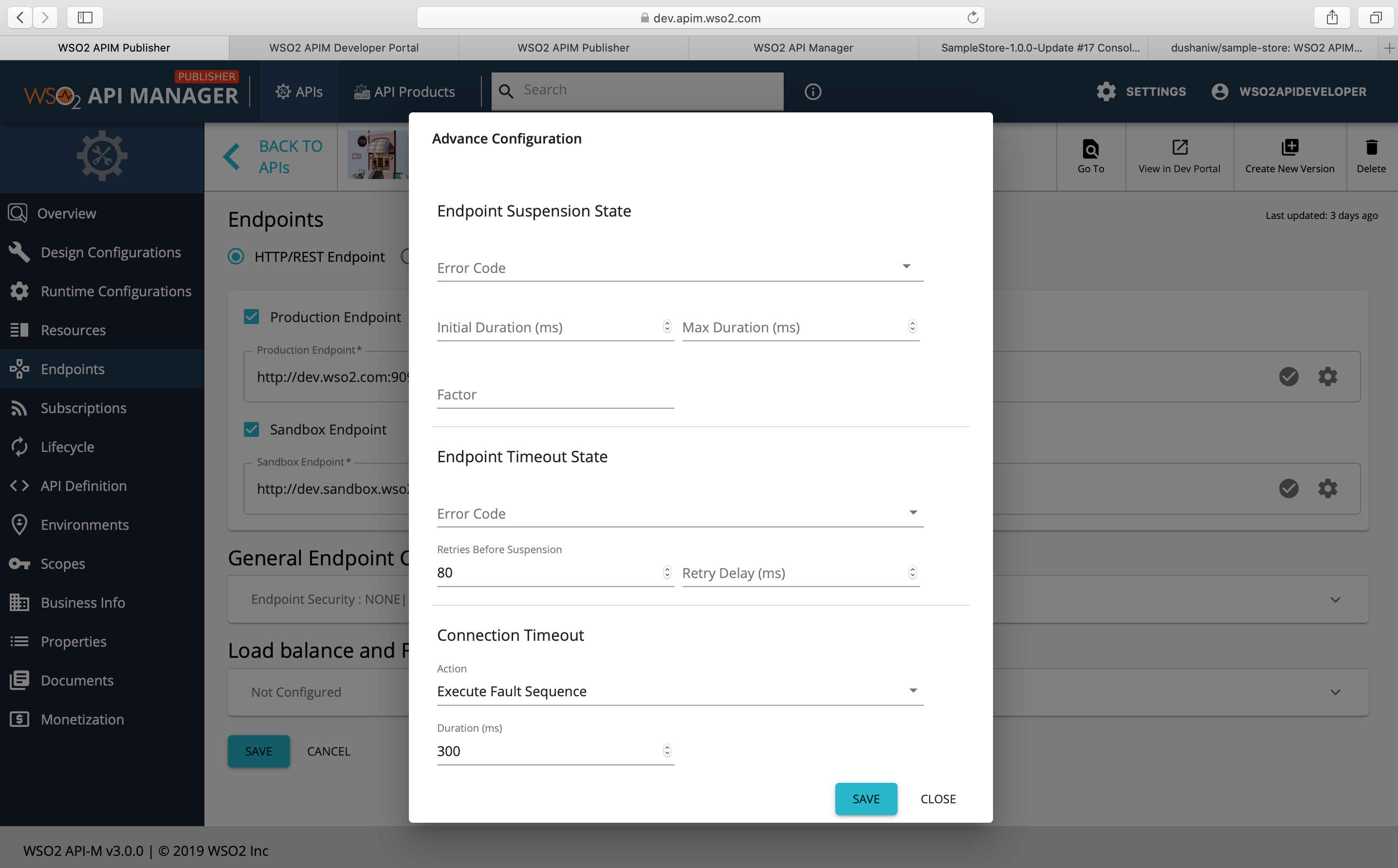 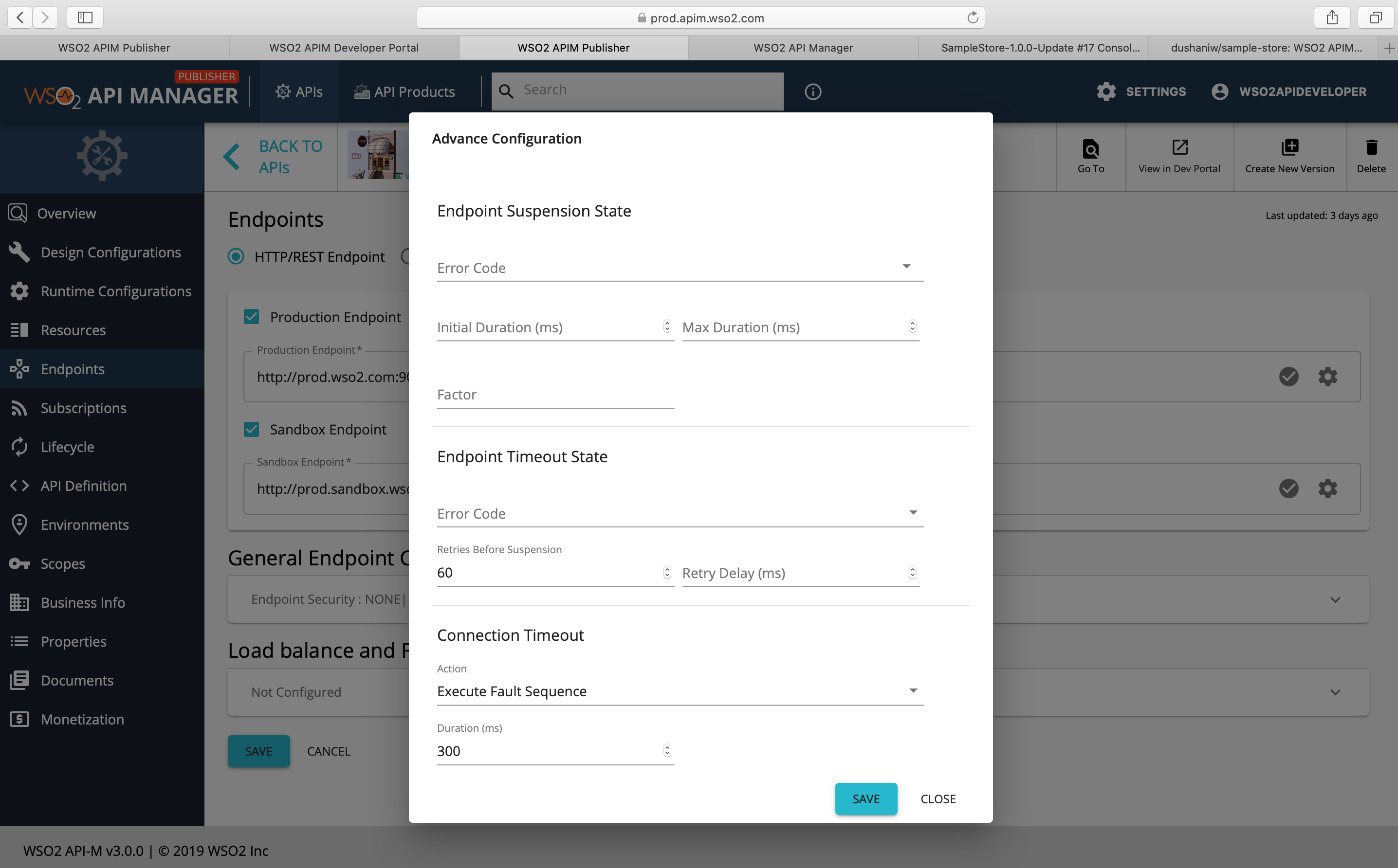 You have successfully created a basic CI/CD pipeline using Jenkins as the CI tool and GitHub as the SCM tool, to create and deploy an API using the API/Dev first approach with WSO2 API-M.