For the Enforcer's Java Virtual Machine (JVM), memory allocation changed as below.

In order to handle high request counts in Enforcer, authService's resource allocation changed as below.

The following graph illustrates the throughput against the number of concurrent users. 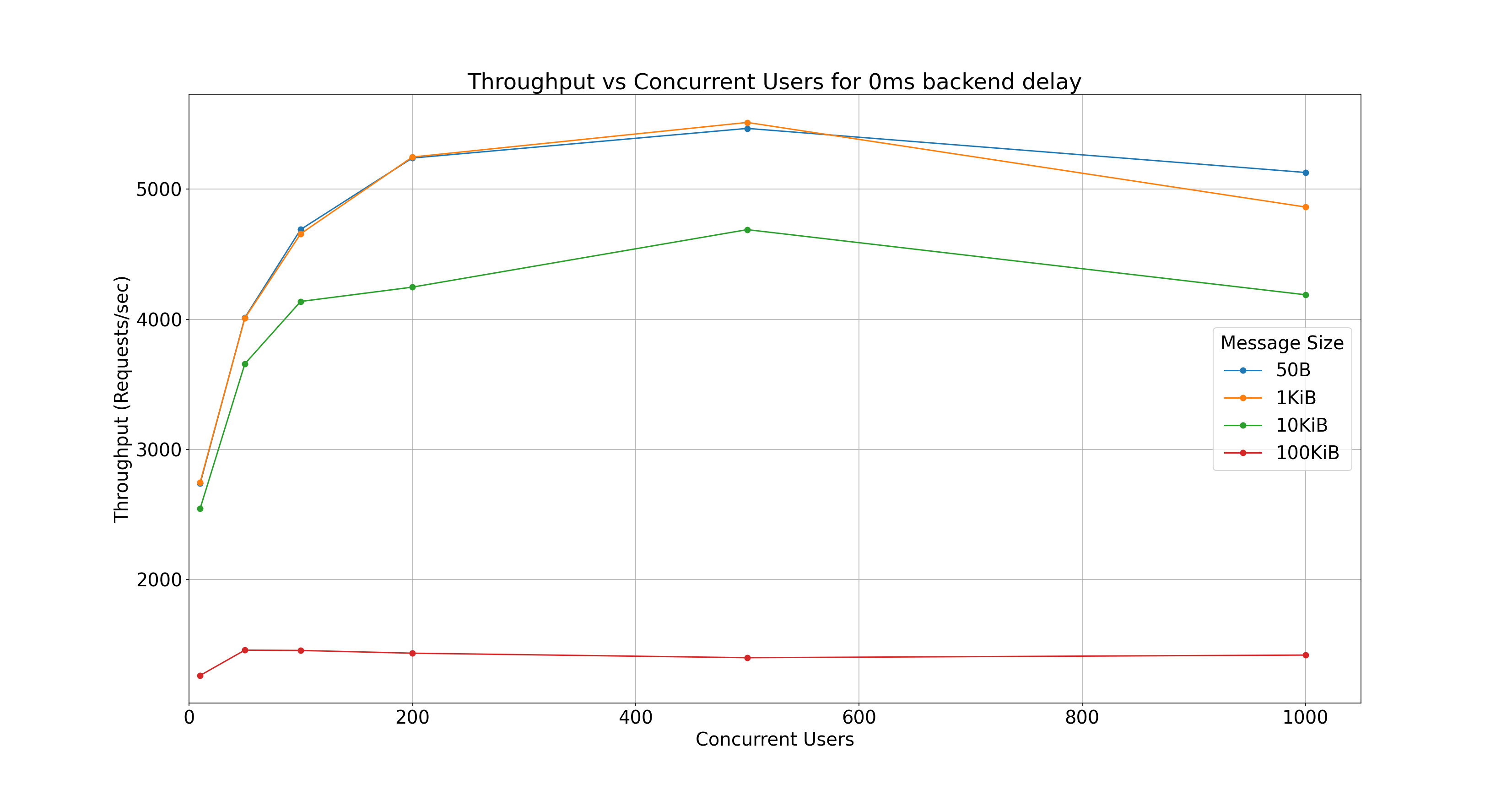 Backend delay is assigned as zero milliseconds when obtaining test results. The below graph shows how response time varied for different concurrent user counts. Also, the same graph shows the impact of the payload size for the average response time. 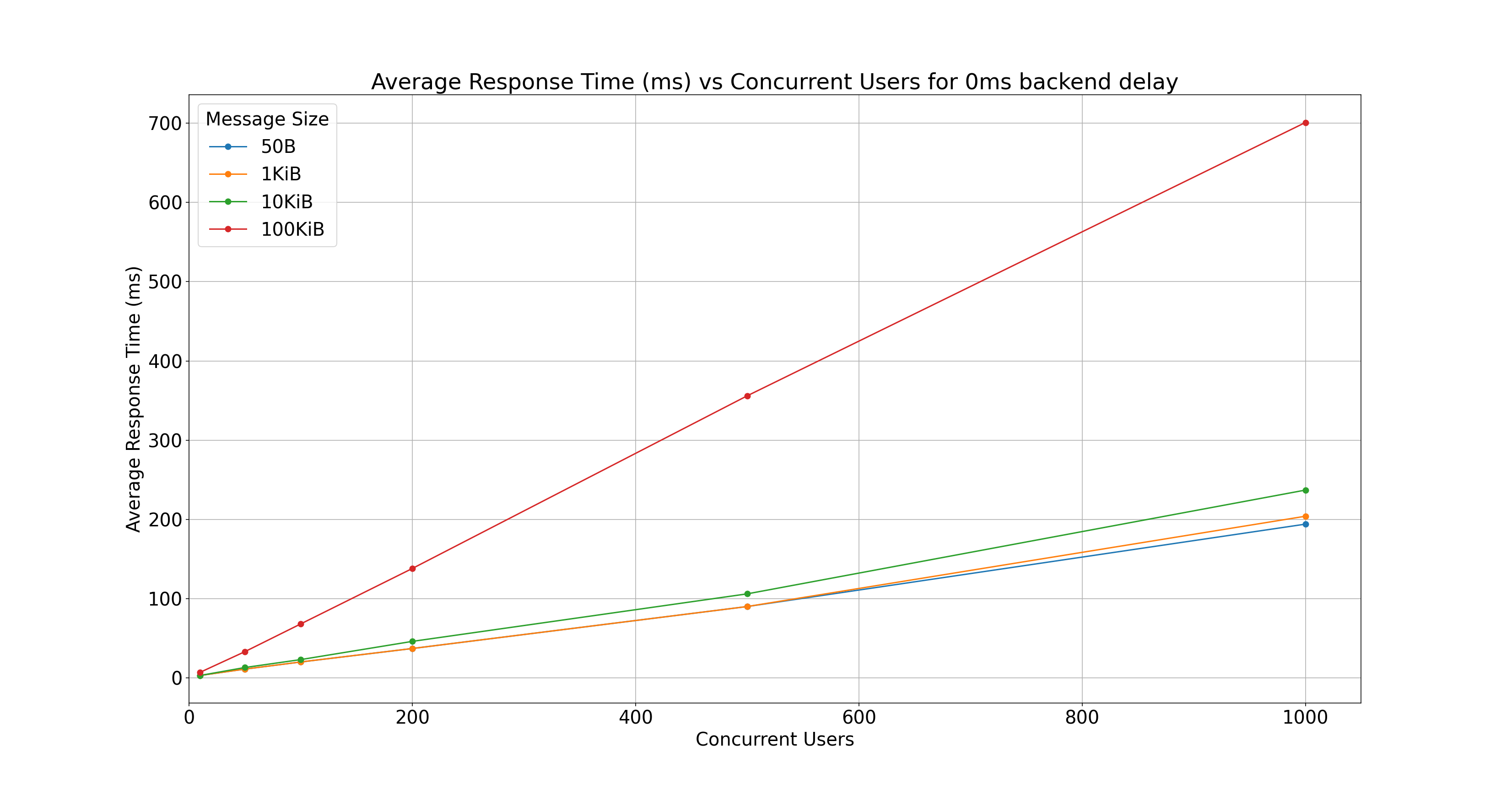 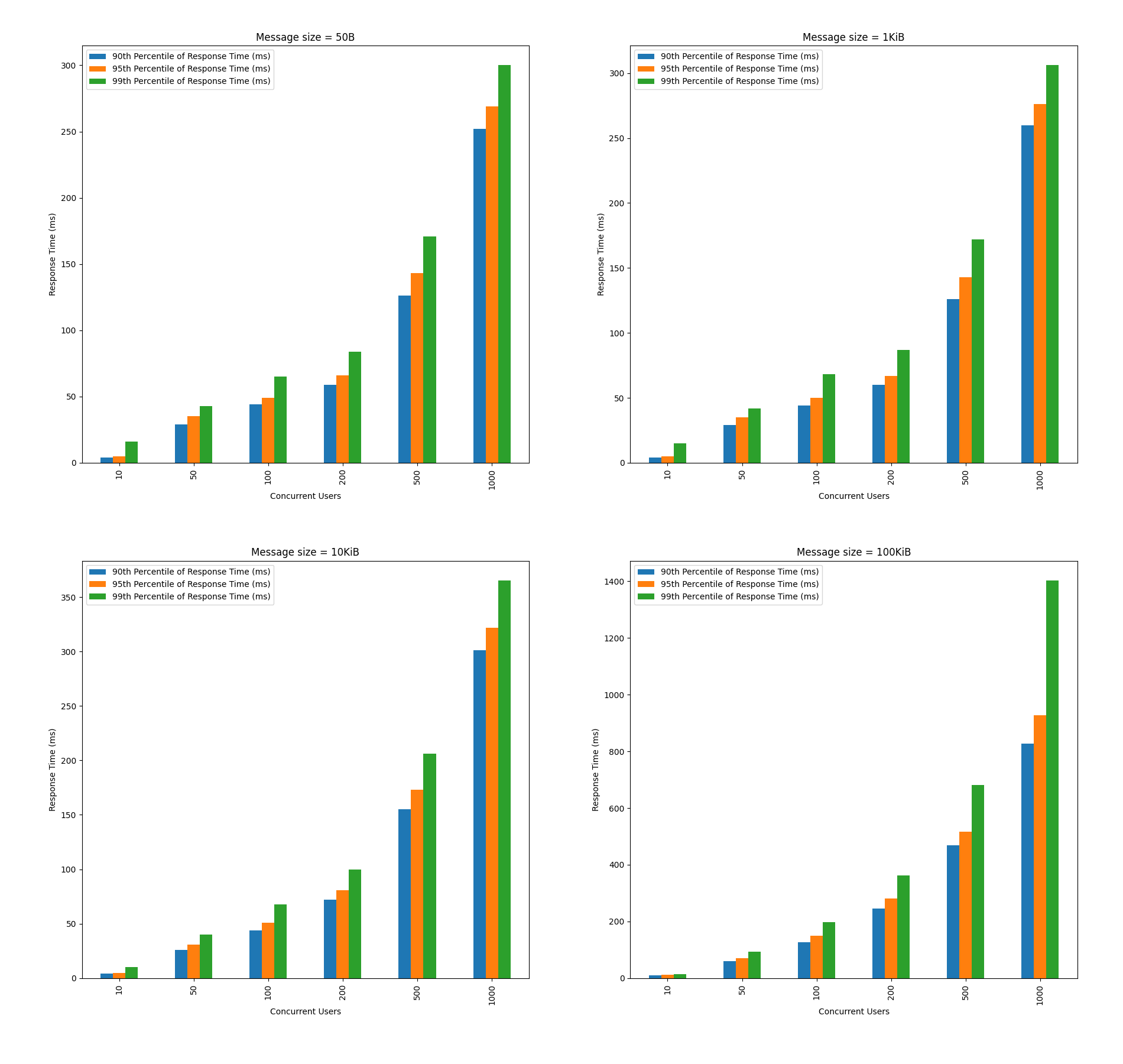 Data relevant to the test scenarios listed in the below table.